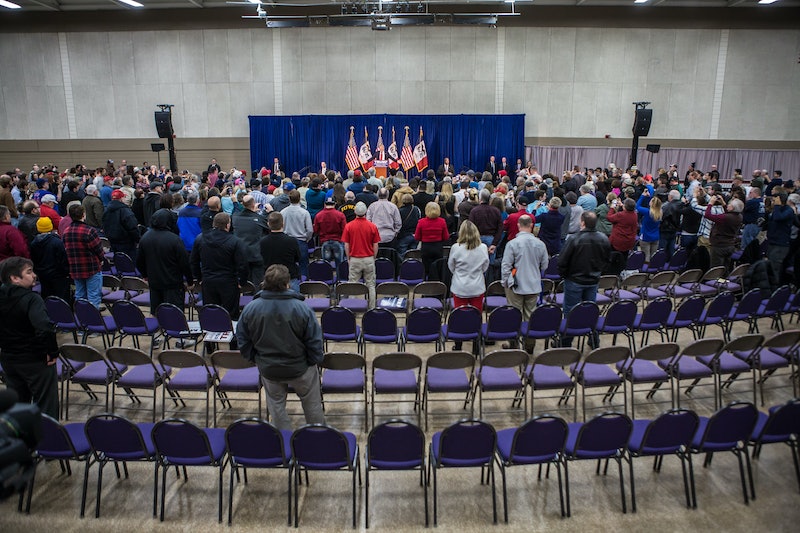 After Monday night, America may see some clear direction in the presidential race. Since 1972, the Iowa caucuses have served as the first major event in the nomination process of a president. Unlike most states, Iowa selects its presidential nominees through fairly complex voting events known as caucuses, which occur in each of its 99 counties. Of course, the results of the caucuses are not the sole arbiter of the national presidential race — not by any means. However, the Iowa caucuses do play an important role in a candidate's journey to the presidency.

This is in part because a win in Iowa propels presidential hopeful in the right direction. The most crucial aspect in earning Republican and Democratic nominations for president are the delegates, which are generally awarded proportionally. Even though Iowa provides about 1 percent of U.S. delegates, since Iowans are first to caucus — and these events occur even before New Hampshire's primaries on Feb. 9 — the nation views a victory there as indicative of good things to come. A win in Iowa sets a candidate on the path forward, revealing whether their base is intact and ready for the proverbial road ahead.

After all, one can argue that the Iowa caucuses helped Barack Obama into his success in the Democratic primaries against Hillary Clinton and John Edwards back in 2008, when nobody thought he had a feasible chance of attaining the nation's highest office. This also worked for Jimmy Carter back in 1976, which was the beginning of the tradition. However, whatever predictive abilities these caucuses have seem to work more effectively within the Democratic Party than among Republicans. Consider George H. W. Bush's win over Ronald Reagan (and Reagan's subsequent win for the presidency) in 1980, or Rick Santorum's unforeseen win over eventual Republican nominee Mitt Romney in 2012.

Beyond its ability to potentially predict Democratic presidents (and perhaps do the opposite for Republican nominees), the Iowa caucuses influence big donors to give money to candidates they believe will dominate the field. Anonymous donors and Super PACs are bigger than ever — though in all honesty, how this factor would help someone like Bernie Sanders is baffling — and many of these donations see Republican pockets. In either party, the results in caucuses and primaries, particularly early ones, affect donor behavior, and too many losses eventually mean less financial and electoral support.

In both parties, earning a majority of delegates will win a candidate their party's nomination, and the earlier primaries certainly affect how citizens in the following states vote. These events narrow the options for voters — which, while not a science, is common enough to have a dramatic effect on a presidential race. It's an exciting time to pay attention and see where these caucuses take the nation.