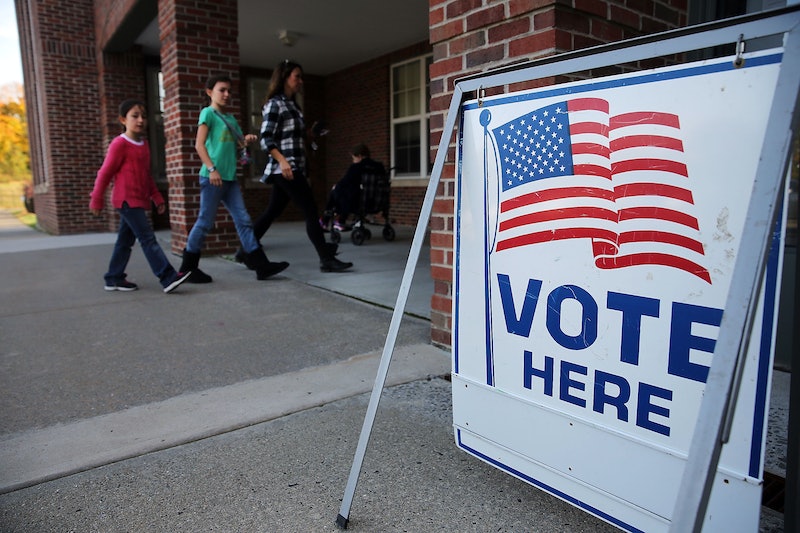 On Monday, voters in Iowa took to the polls to cast the very first ballots in the 2016 election. The Iowa caucuses are an important step in every political election, but this year's seemed especially dramatic, with the nation waiting to see if Donald Trump's high polling numbers would actually translate into votes and whether or not Bernie Sanders would pull a Barack Obama-style victory over Hillary Clinton. As Americans outside of Iowa anxiously awaited and then reacted to the results, Iowa caucus jokes and memes poured into Twitter, showing how much political power Iowa holds in presidential elections.

Because Iowa kicks off the entire election season, it's voters' and the presidential candidates' first look at how things will go. For months, the nation has been relying only on polls, but Monday allowed a more realistic glance at how actual Americans feel about both the Republican and Democratic candidates. Twitter users obviously rooted for the candidates they wanted to win, but people also couldn't resist joking about Trump, Clinton, and all the other contenders hoping for a win, but also preparing for a potential loss.

Here are some of Monday's funniest memes and jokes about the Iowa caucuses, because politics always has a funny side.

On C-SPAN And Chill

On Getting Undecided Voters

On Waiting For Results

On Refreshing The Results

On The Waiting Game

Patiently waiting for the caucus results was obviously the worst part.