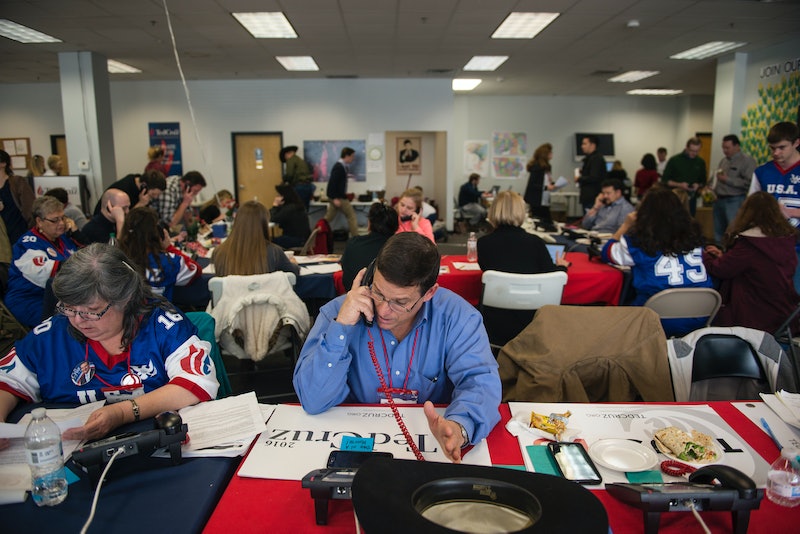 The 2016 presidential primaries officially kicked off Monday, with Iowa voters hitting the ballot boxes to vote for both Republican and Democratic candidates hoping to take over the White House. Iowans were very enthusiastic this year, and there was a record turnout of voters across the state. So how many people voted in the 2016 Iowa caucus?

Voter turnout is crucial to any primary or election, as the people who show up obviously decide who wins. In 2008, Barack Obama beat out Hillary Clinton in Iowa during a then-record turnout, in which more than 350,000 Iowans cast ballots. It's been estimated that this year's caucuses drew even more voters. Hoping to follow in Obama's footsteps, Bernie Sanders' campaign was confident that the Vermont senator would prevail if turnout was high, and he said before the caucus started: "We will win tonight if the turnout is high. We will struggle tonight if the turnout is low. That's a fact." Well, the turnout was very high — so high that many sites had to quickly print more ballots because way more voters showed up than expected.

Many precincts were delayed in reporting the Democratic results, but early Tuesday morning, the Iowa Democratic Party announced that 171,109 Iowans participated in its caucuses. That's a fall from 2008, which saw 239,000 vote in the Democratic caucuses throughout the state. 2016, however, is a dramatic improvement on 2012, when numbers dwindled to 25,000.

Based on the crowded caucus sites, extreme lines, and insufficient number of ballots, it was clear that more Iowans than usual showed up for both parties' voting. The 2016 election is a major political event, much like the one in 2008, when Americans desperately wanted change. People are clearly concerned and invested enough to show up and vote — at least, they are in Iowa.

The race between Sanders and Hillary Clinton couldn't be officially called until all the precincts reported, but it was essentially a tie, with the two Democrats less than one percentage point apart. Ted Cruz won the Republican caucus, with Donald Trump coming in second.