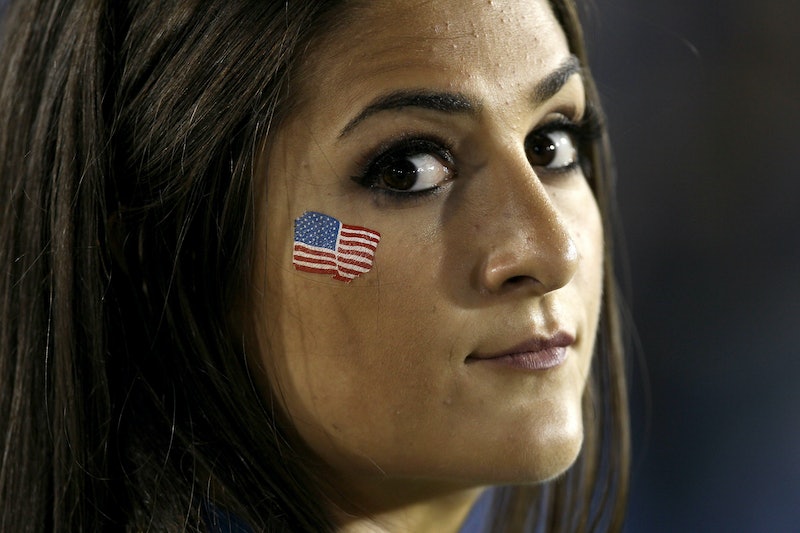 During Hillary Clinton's rally on Iowa caucus night, one lone face stuck out among the crowd of supporters: a man with oversized Clinton stickers on his face, who Twitter has aptly dubbed "Sticker Cheeks Guy." Throughout Clinton's speech, Sticker Cheeks Guy stole the spotlight, as he was positioned directly to Clinton's right. The content of Clinton's speech was largely lost to this guy, who quickly filled everyone's Twitter feed with questions on how to switch their vote to him. And though Clinton supporters may have been nervous during her speech, as she is currently tied with opponent Bernie Sanders, the many faces Sticker Cheeks Guy pulled throughout the speech certainly seemed to brighten many peoples' days.

In a night that has had its ups and downs, someone like Sticker Cheeks Guy is a bright spot during a stressful night. Iowa has thus far seen its winners and losers. Third Democratic presidential candidate Martin O'Malley and Republican candidate Mike Huckabee both dropped out of the race altogether. And for some time now, Clinton and Sanders have been in a virtual tie, with a fraction of one percentage point separating them. Maybe that's why Sticker Cheeks Guy seemed to be having the best night out of everyone:

So even if your favorite candidate didn't win Iowa, at least we collectively have this guy to celebrate.