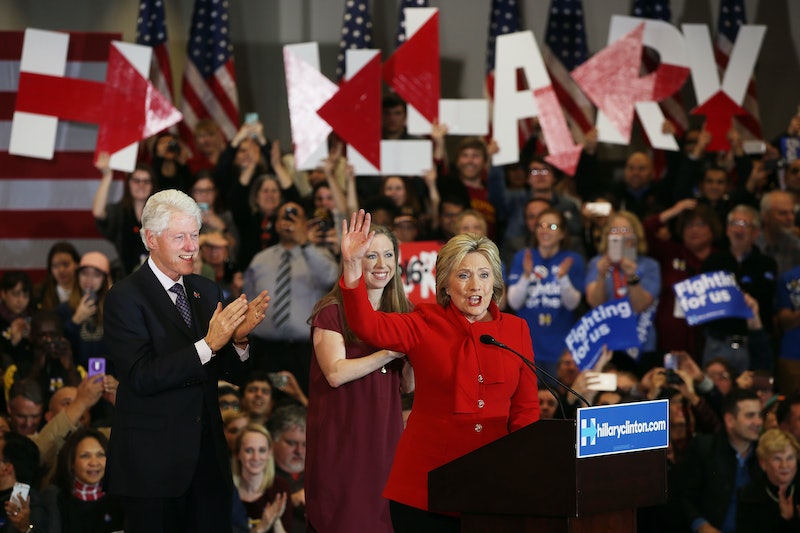 When Hillary Clinton took to the stage to thank her supporters before Iowa's Republican victor Sen. Ted Cruz had even finished his own speech, many expected her to open with, "Yo, Ted, I'm really happy for you and I'ma let you finish, but..." Instead, the former Secretary of State attempted to call the night's Democratic contest, despite still being locked in a virtual tie with Sen. Bernie Sanders. Clinton's interruption of Cruz, which caused many news networks to abruptly dump live coverage of the GOP victor's speech in favor of the Democrat, didn't go unnoticed by political analysts and voters on Twitter.

Clinton also took heavy criticism for her decision to voice "a big sigh of relief" and rally supporters to "go win the nomination" despite the Democratic contest in Iowa still being too close to call. At the time of her speech, Clinton held the narrowest lead over Sanders with roughly 95 percent of votes counted showing her with 49.8 percent to his 49.6 percent.

After being announced the official winner of the Republican contest in Iowa, Cruz took his time in thanking supporters and emphasizing his campaign platform, speaking for more than 30 minutes at the fairgrounds in Des Moines. Perhaps Clinton wasn't aware Cruz had yet to make it through his list of people to thank when she took the stage across town at Drake University's Olmsted Center, perhaps it was a strategic interruption planned in advance, or perhaps she just wanted to get to bed. Either way, her interruption forced news networks to make a choice: Cruz or Clinton.

Whatever her reason for cutting Cruz short and wrapping up her night in Iowa early, Clinton certainly had people talking about her, which sure doesn't hurt in the game of politics.