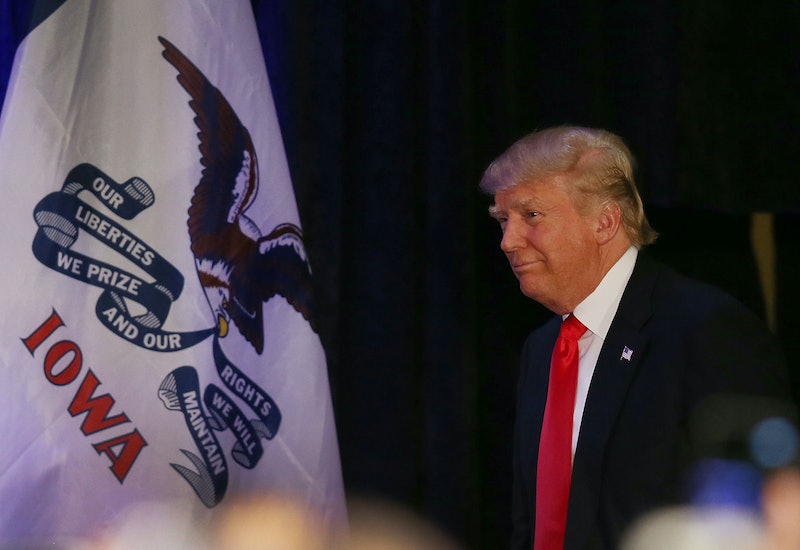 The final results of the Iowa caucuses haven't even been tallied yet, but an anonymous Internet prankster is already poking fun at them. Ted Cruz won the Republican contest, which means that Donald Trump did not win them. Some might say that this makes Trump a loser, and to that effect, Loser.com now redirects to Trump's Wikipedia page.

The redirect went live within hours of Trump's loss in the state, and it's unclear who exactly is behind it. What's interesting about this is that Loser.com isn't just some random podunk domain. It's a domain based on a very common dictionary word, and those domains are worth quite a bit of money nowadays. A Whois lookup reveals that Loser.com was registered back in 1995, and only one registrar is listed. That brings up the intriguing possibility that one person has owned this domain for the last 20 years, and that they're responsible for this wonderful troll.

This isn't the first time someone has had fun with Loser.com. In 2015, somebody — perhaps the same person — jiggered the domain to redirect to Kanye West's Wikipedia page. Additionally, a Reddit post from 2012 claims that the domain once redirected to Reddit, although there's no way to verify that.

Whether Trump's second-place finish in Iowa constitutes a "loss" isn't really up for debate, but it's probably a bit too soon to call Trump a "loser." That may sound silly — but Bill Clinton lost the Iowa caucuses in 1992, and by the end of the year, it would have seemed mighty silly to refer to him as a "loser."

But whoever set up this Loser.com redirect clearly isn't attempting to make a lofty political argument. They're simply poking fun at a man for whom winning is clearly a top priority, and perhaps the only priority.