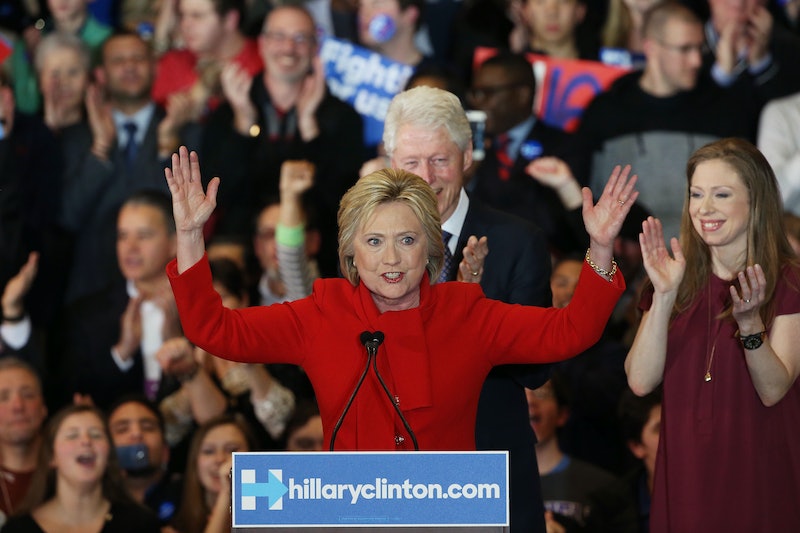 On the stage in Iowa, flanked by Bill and Chelsea, Democratic presidential candidate Hillary Clinton thanked Iowa, "breathing a big sigh of relief." She and her campaign avoided a repeat of 2008, when then-frontrunner Clinton was beaten in Iowa by a lesser-known senator. She escaped that same fate this time around — but barely. In some cases, the caucus tie between her and Bernie Sanders came down to coin tosses. She and her campaign might want to consider taking only a small breath of relief. After all, the next debate happens Thursday, and the New Hampshire primaries will be here in just a week.

New Hampshire will likely be an even tougher fight than Iowa — even unwinnable at this point. Clinton won New Hampshire in 2008 — somewhat slowing Barack Obama's momentum, which had gotten a boost from his showing in Iowa. In New Hampshire, Clinton beat Obama with 39 percent, compared to his 36 percent. The last poll for New Hampshire showed Sanders easily winning, with support as high as 61 percent, compared to just 30 for Clinton. That's more than any statistical margin, and will be nearly impossible for Clinton to make up with one debate and one week to go.

Sanders will gain some momentum from the tie in Iowa. Of course, it won't be as much as it would if he had won. But a win in New Hampshire will certainly draw a lot of attention. What will matter most for Clinton are the races in Nevada and South Carolina. She has comfortable leads there, but the polling numbers aren't recent (and were taken before Iowa, so they could easily change). She'll need to win to keep the support among minorities in her column.

The true worry for Clinton has to be Sanders' name recognition. In parts of the country, there are still people who don't know who he is. According to the CNN/ORC poll that came out over the weekend, 6 percent of Democrats have still never heard of Bernie Sanders. Another 3 percent have no opinion of him. If they were to turn around to support him, that's almost enough to bring the two neck-and-neck, according to the latest polls. She has averaged about 51 percent of Democratic support nationwide, and Sanders 37.

From the beginning, the Clinton campaign has said that they expect this to be a competitive race. They were right. Sanders thanked Iowa for helping kick off a "a political revolution." He said that he took on one of the "most powerful political organizations in the United States of America." Whether he meant the Clinton campaign or the Democratic Party more generally, he trumpeted the tie as a win.

Clinton will need to make very clear that a tie isn't a win to keep the edge. In her speech, after listing off goals she'd like to achieve, from universal health care coverage to clean energy and affordable college, she tried to lay out her game plan:

And how do we do that? We do that first by securing the nomination, and then we do that by winning, and going into that White House, as others before have. Determined to push forward on the great goals and values that united us as Americans.

The only problem is that step one might take some effort — at least, if Bernie Sanders gets a say.