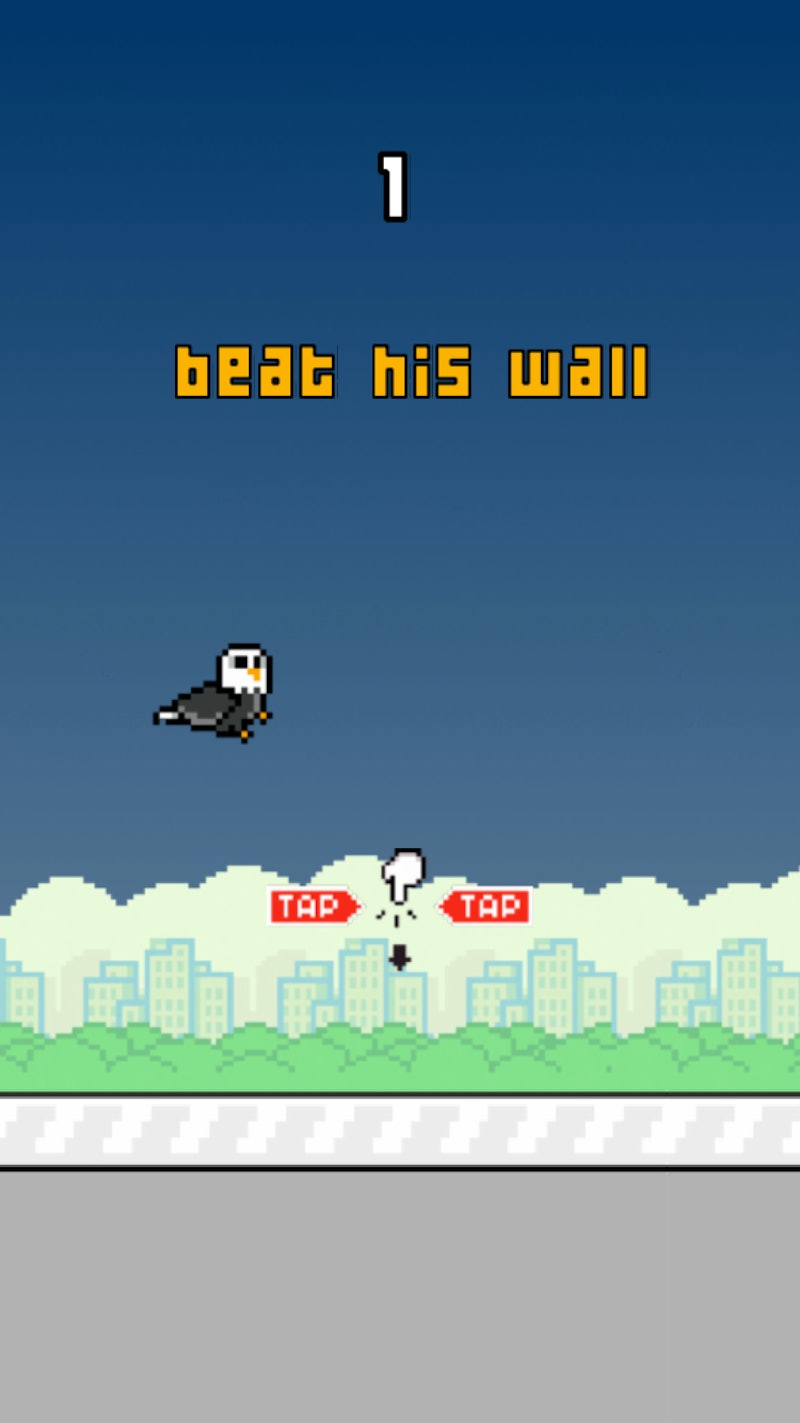 A new game released last week lets you do what you've been wanting to since Donald Trump entered the race for the Republican presidential nomination. Let him know how you really feel. Or, to be a bit more explicit: Poop on him. Trump Dump, available in the iTunes App Store and on Google Play, feels a bit like Angry Birds, but with a better reward at the end of each level.

The game challenges you to "beat his wall" — referencing, of course, Trump's proposed wall along the Mexican border, which he says he could get Mexico to build. As improbable as that may be, in the game, the wall is already constructed and proves quite a challenge. The bird, which you control, automatically flies higher and higher due to aerodynamics and some clever coding.

Then comes the tricky part. The wall moves closer to you at a rapid pace, and you need to tap and swipe the screen in an upward motion to keep the bird from flying toward the sky and off the screen (which kills it). You also need to be aiming at the hole in the wall, because hitting the bricks also kills you. It's really not very easy — or I'm not very good at it. In each level, they add another wall.

It might not be worth it, except for what happens next. As you beat each level, you find Trump standing there for you with a smug look on his face. Then you tap, and an emoji poop falls on the Donald, eventually growing to cover his entire person — save the hair, of course.

This is not the first time society has realized that "Trump" rhymes with "Dump." The GOP has been dumping on him since he moved to the top of the polls. In particular, Jeb Bush tried to position himself as the only one who had the guts to take on Trump.

When Trump refused to take part in the last debate before the Iowa caucuses, Stephen Colbert hosted his own debate on The Late Show with one version of Donald matched up with another, named Trump. Colbert joked that the candidates are better known by their celebrity couple name, "Dump." Then they (or really, he) went on to contradict themselves.

Check out the game in the iTunes App Store or on Google Play. It's free, so why not try to cover Trump's constipated grin with a couple of poo emojis?