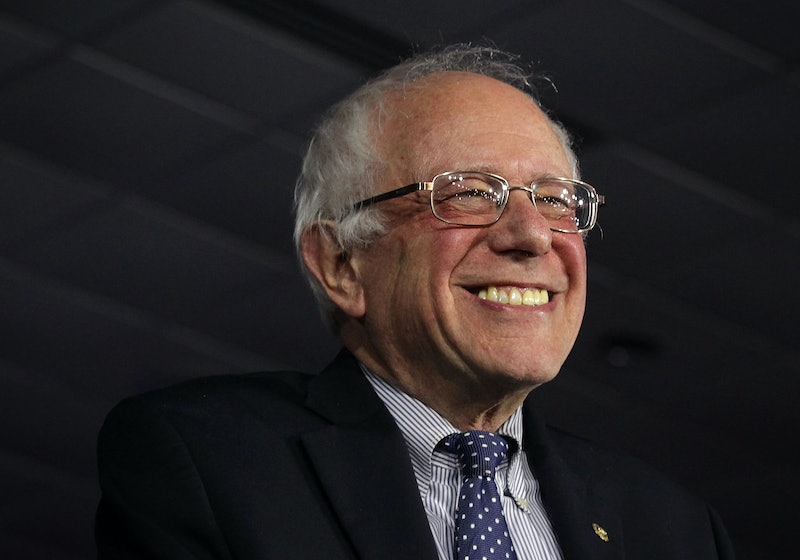 It's a relief to finally have some hard numbers to look on, isn't it? On Monday, Iowa held its presidential caucuses, and they brought some very sunny news for a certain self-avowed socialist from Vermont. Bernie Sanders essentially tied with establishment favorite Hillary Clinton, finishing just 0.2 percent behind her ― an outcome that's been confirmed as the closest in the history of the caucus. So just how far did Bernie Sanders come to tie in Iowa?

Here's the quick answer: a really long way. Sanders announced the start of his presidential campaign last May, and back then, the possibility of his fighting Clinton to a standstill in Iowa barely crossed people's minds. As Real Clear Politics' tracking poll graph illustrates pretty handily, he was facing a gargantuan deficit. He entered the race polling at just 8.6 percent in Iowa, compared to Clinton's more than 60 percent.

Simply put, the challenge seemed hopeless, especially for a relatively anonymous senator who'd never spent as much time in the political limelight as Clinton. Plenty of observers ― myself included (mea culpa) ― wrote him off entirely. And clearly, that was a big mistake.

However, will this photo finish in Iowa propel Sanders to new heights in the primaries to come? It's far from certain that Sanders has the votes or momentum to secure the Democratic nomination, but one thing is clear: He's in fantastic shape for New Hampshire. He's currently polling ahead of Clinton by a staggering 18 points in the Granite State, which borders his home state of Vermont. He may very well carry off a slow, simmering rise from the bottom.

When Sanders jumped into the race last May, he was losing to Clinton in New Hampshire by about 37 points. He's now opened up a New Hampshire lead that Clinton will need to work some miracles to close. The New Hampshire primary is one perilous week away, on Feb. 9, meaning she'll have to turn the tides around ASAP.

And that seemingly insurmountable task gets even harder in the absence of a decisive victory in Iowa. If Clinton had significant momentum, then maybe New Hampshire would start throwing some love her way.

But as it stands now, Clinton clearly has her work cut out for her. That's not to say she hasn't pulled off some dynamic things there in the past ― she nearly resurrected her chances against Barack Obama in 2008 by pulling off a huge upset win in New Hampshire. But her deficit against Sanders now is even bigger than it was against Obama those eight years ago. Back then, she only trailed Obama by about eight points. Suffices to say that things could get pretty hairy next Tuesday night.