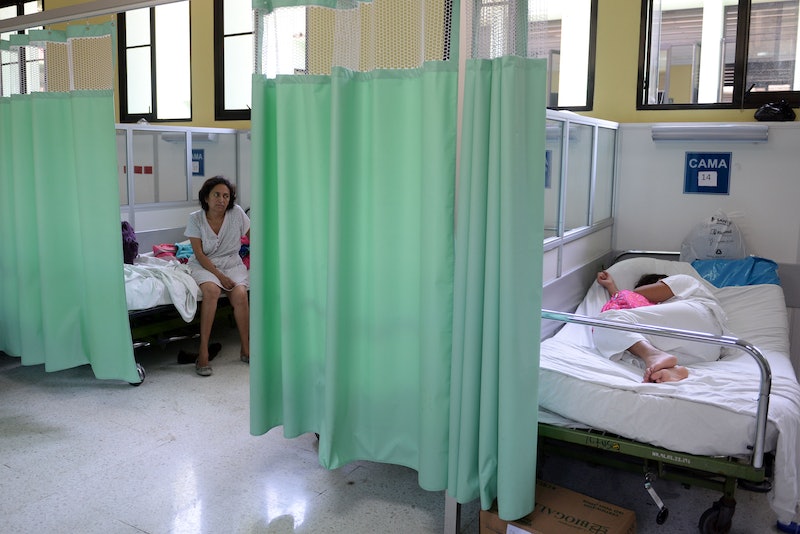 Following an increase in calls for protective measures travel advisories, the World Health Organization declared the Zika virus outbreak a global health emergency on Monday. U.S. health officials have reported that there is low risk for a major outbreak of the virus there because of the effective mosquito control programs present across the nation. The country, however, may be finding a cause for concern around Zika other than mosquito transmission since the first known domestic case was reported on Tuesday. Can the Zika virus be sexually transmitted? Health officials say the first U.S. case was likely contracted through sexual contact.

Dallas County Health and Human Services confirmed on Tuesday that a Texas patient was the first known case of the virus in the country, after the U.S. Centers for Disease Control and Prevention reported the information. The Zika virus is thought by health experts to be primarily transmitted by a particular genus of mosquito. Officials first stated that the virus was not likely contracted through a mosquito bite, but through sex. The county health department also said on its Twitter account that the infected person had not traveled to a South American country, and that contraction of the virus likely occurred through sexual contact with another person who had traveled to Venezuela.

A Texas Department of State Health Services then released a statement emphasizing that the reason for the transmission was still to be determined. "Case details are being evaluated, but the possibility of sexual transmission from an infected person to a non-infected person is likely in this case," the state agency said.

Proof that Zika can be sexually transmitted has not yet been confirmed, but scientists have suspected the possibility in a small number of past cases. A Colorado man may have transmitted the virus to his wife after contracting Zika while traveling abroad, according to NPR.

A team of researchers led by Didier Musso, medical doctor and director of the Diagnosis Medical Laboratory and the Unit of Emerging Infectious Diseases at the Institut Louis Malardé in French Polynesia, published a study in February 2015 on the potential for sexual transmission of Zika. The researchers looked at one case in particular from the late 2013 outbreak of the virus in the region, and detected Zika in the semen of the male patient. The findings did not prove the patient became infected through sexual contact, nor that he could then transfer the virus to someone else in this way, but did support the possibility that the virus could be transmitted through sexual contact.

The Pan American Health Organization stated that more evidence would be required in order to classify sexual contact as a form of transmission for Zika. But in its Tuesday press release, the Dallas County agency did not refrain from stating the virus is "transmitted to people by mosquitoes and through sexual activity."