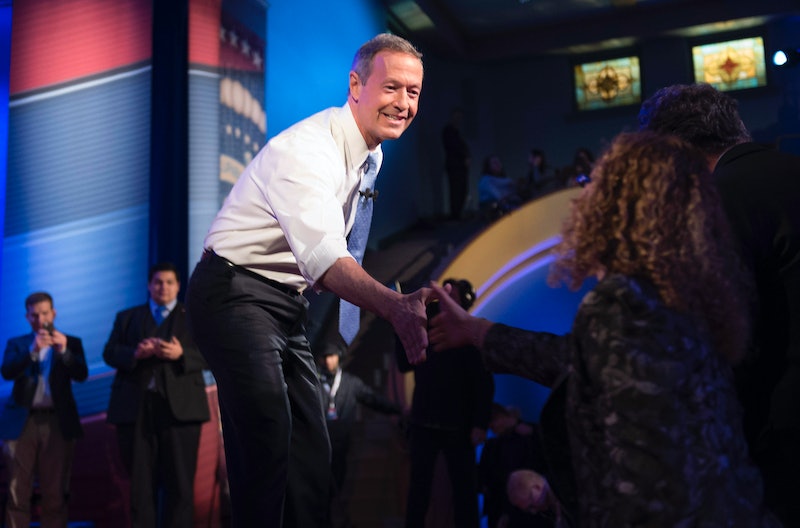 The Democratic debate on Thursday, Feb. 4 will be different from the others in a very notable way: Gov. Martin O'Malley won't be there. O'Malley suspended his campaign partway through the Iowa caucuses, where he had a very weak voter turnout. Afterwards, he said, "The road has been long, but our course has been true. A great many people have put their time and talents into my campaign, and I thank each of you from the bottom of my heart. Whoever our nominee is, we must all hold strong, together." Real Clear Politics' collection of polls shows that O'Malley failed to break past single-digit support at any point during the race. What will be different about Thursday's debate without him?

Thursday's debate will be hosted by MSNBC and will begin at 9 p.m. ET. Rachel Maddow and Chuck Todd will serve as moderators. If you don't have cable, the event can also be live-streamed on NBCNews.com or MSNBC.com

This debate was a last-minute addition to the schedule by the Democratic National Committee (DNC), with Chairwoman Debbie Wasserman Schultz giving the official go-ahead only four days beforehand. O'Malley's absence at this first new debate will be ironic, given that he, along with Sen. Bernie Sanders, had been asking for more debates than the original six the DNC had planned.

Of course, one fewer candidate will amount to more time given to Sanders and Hillary Clinton. We can't say how much time that will be for sure, but Politico's breakdown of speaking times during the Jan. 16 Democratic debate showed that O'Malley spoke for 13 minutes and 58 seconds. Sanders got 28 minutes and 07 seconds, while Clinton received 27 minutes and 35 seconds.

O'Malley was never really able to carve out a niche for himself in this race, and polls have consistently shown this. He shares certain positions with both Clinton and Sanders, but he didn't emerge in the debates with anything particularly novel to change the conversation.

But the fact that he shared positions with each candidate led to some powerful moments of tag-teaming. For example, during the Dec. 19 debate, he joined Clinton in criticizing Sanders' record of voting against the Brady Bill, while also pointing out Clinton's inconsistencies on gun control. O'Malley also joined Sanders in calling out Clinton for her corporate ties during the Jan. 16 debate.

It remains to be seen how this debate will feel with more time for the top two candidates and no one there with whom to join forces. So tune in to MSNBC to find out.