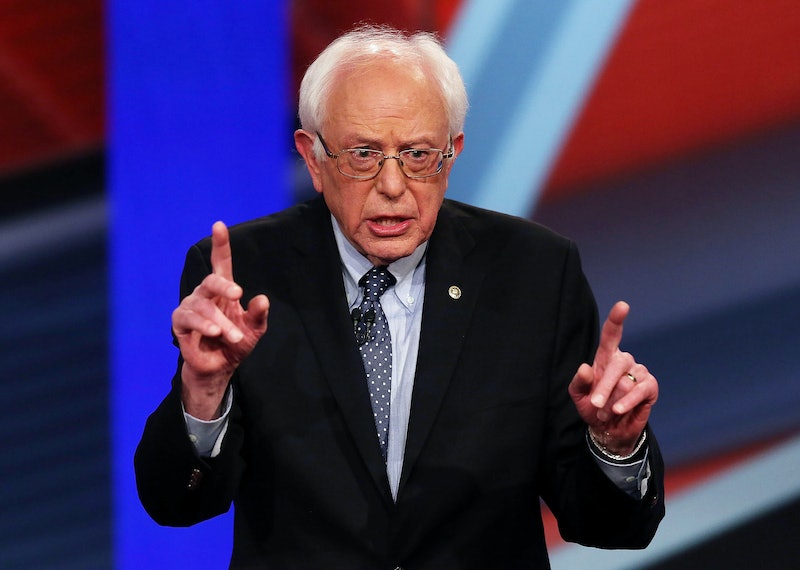 On Thursday night, likely Democratic voters all over the country got an opportunity to see their remaining two candidates face off on the debate stage, at a time that it once seemed like they wouldn't. That's because the fifth Democratic clash was agreed upon at virtually the last minute, part of a deal between the two campaigns to increase the total number of debates to 10, rather than the originally scheduled six. And it was an illuminating face-off ― so why not read Bernie Sanders' closing statement from the fifth Democratic debate, and see how the Democratic socialist underdog decided to close things out?

Make no mistake, this was a big night for both candidates, though Sanders came in with slightly more of a margin for error than Clinton did. He's currently up in the polls in New Hampshire, after all, by about 20 points. He still faced a major challenge, however: to broaden his appeal and push his surging momentum over into those upcoming primary states that aren't as kind to him as the Granite State is ― places like South Carolina and Florida, rich in those precious, precious delegates.

Here was his ending pitch to the people of New Hampshire and to the national Democratic electorate on Thursday night.

My dad came to this country at the age of 17 from Poland. He didn't have any money, couldn't speak English, and he died pretty young. And I think it'd be beyond his wildest dreams to see his son on this stage today running for president. I love this country, and my dad loved this country, and he was the most proud American because of what it gave him in terms of raising his family, even though we never had much money.

But today in America, we are the only major country on Earth that doesn't guarantee health care to all our people. That doesn't guarantee paid family and medical leave. We have the highest rate of childhood poverty of almost any major country on Earth. We are seeing millions of families unable to send their kids to college, in the United States of America.

I'm running for president because I do believe it is just too late for establishment politics, and establishment economics. I do believe we need a political revolution, where millions of people stand up, and say loudly and clearly that our government belongs to all of us, and not just a handful of wealthy campaign contributors. Thank you all.

Sanders is a massively popular figure in the Democratic grassroots right now (albeit predominantly with younger, whiter voters), and this closing statement was maybe the strongest one he's turned in yet. In particular, the personal touch of invoking his father and his family's immigrant history ― it dovetailed perfectly with Sanders' longstanding, strongly economic justice-focused ideology, and gave would-be supporters a little glimpse into the youth that helped form his views.

The only question now is how the votes will fall. The New Hampshire primary goes down on Tuesday.