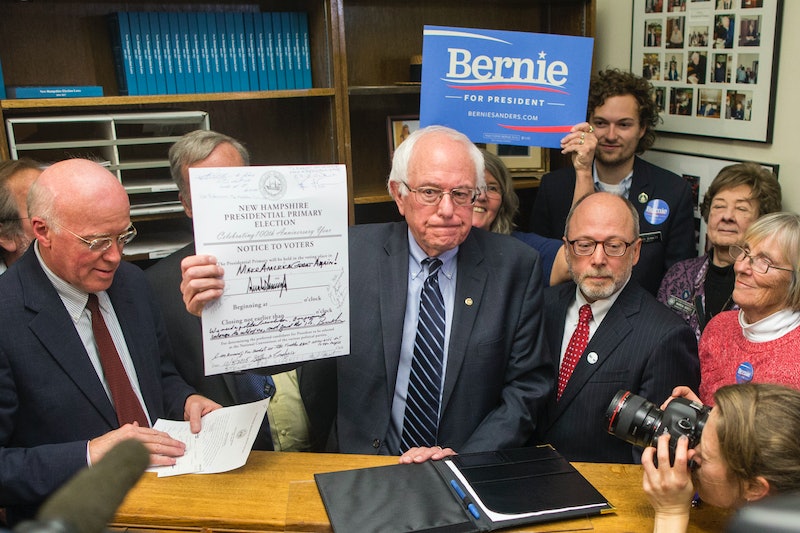 The Iowa Caucus has completely changed the way the 2016 election is set to play out. GOP frontrunner and debate dodger Donald Trump ended his evening in the Hawkeye State in second place, falling behind Ted Cruz, whose voter support last Monday was incredibly high. Republicans also saw record-breaking numbers while Democrats similarly finished strong. On the left, hundreds of thousands of voters resulted in a near tie between Hillary Clinton and Bernie Sanders, which is what will make the first primary of the year as equally anticipated and impactful. Primaries allow for more voters, which should make for an incredibly busy, albeit long evening on Tuesday. When will New Hampshire's primary results be out? It's frankly hard to say just how long the tallying will take.

A whole host of factors have made that answer a bit murky. More voters could most certainly mean more votes. What makes the New Hampshire primary unique this year however, is the fact that the Granite State will be the first to contend with a contentious voter ID law that requires voters to present a valid form of identification in order to cast their ballots. Those who are unable to do so can fill out a "challenged voter affidavit" form, which carries with it the requirement of an election official taking their photo. The requirement can be contested on the grounds of religious reasons, which is its own process.

The very act of voting may thus take longer than usual, though there are less people eligible to vote in the state of New Hampshire as opposed to Iowa. Despite the fact that undeclared and unregistered voters are allowed to cast their ballots in primaries as opposed to caucuses, there are approximately 1.2 million fewer voters, as just over 1 million New Hampshirites are of eligible voting age. Likewise, if candidate predictions come true, the New Hampshire Primary may be decided rather swiftly. FiveThirtyEight has compiled data from 10 prominent, current polls, all of which predict that Trump will handily win on the Republican side, while Sanders is predicted to beat Clinton in a state frequently referred to as the Vermont senator's "backyard."

This contrasts greatly with an Iowa Caucus that felt like anyone's game. As the 2016 election cycle continues, more candidates will drop out, and the candidate field will continue to winnow until a clear nominee is chosen for either side. Already, four candidates have ended their campaigns since last week, including Martin O'Malley on the left and Mike Huckabee, Rand Paul, and Rick Santorum on the right.

The results of the New Hampshire primary will certainly take a few hours. If the race continues to tighten between Clinton and Sanders, the final tally may not be seen until Wednesday morning. Either way, voters presumably won't be deterred, as the Iowa Caucus saw record-breaking live viewing numbers. Grab some popcorn, settle in, and get ready to watch some democracy at work.