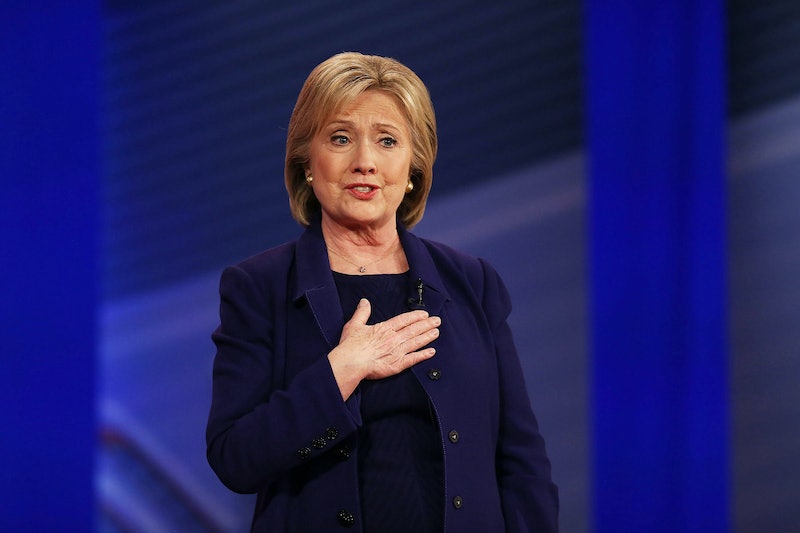 During the Democratic New Hampshire debates Thursday night, Hillary Clinton made it clear she was not impressed with Bernie Sanders' jabs that she was "establishment" and too connected to Wall Street. Not since U.S. Olympic gymnast McKayla Maroney famously smirked on the podium in the 2012 Olympics did a facial expression that conveyed a total sense of "not impressed" launch so many memes and so much social media happiness. Twitter was quick to note Clinton was just short of an eye roll during the night's debates, not only keeping her cool but even revealing a bit of an edge and a hint of annoyance.

The thrust of the evening's Clinton-based memes were themed around her, well, not giving a damn and not putting up with any crap. Social media also jumped all over Clinton's comments about Sanders' "artful smear." The former secretary of state made it very clear she was done with Sanders' painting her as a Wall Street crony. “I think it’s time to end the very artful smear that you and your campaign have been carrying out in recent weeks, and let’s talk about the issues that divide us,” Clinton said.

However, while that "artful smear" comment launched memes, it launched more boos and jeers during the debate with the audience definitely not impressed with this round of jabs.