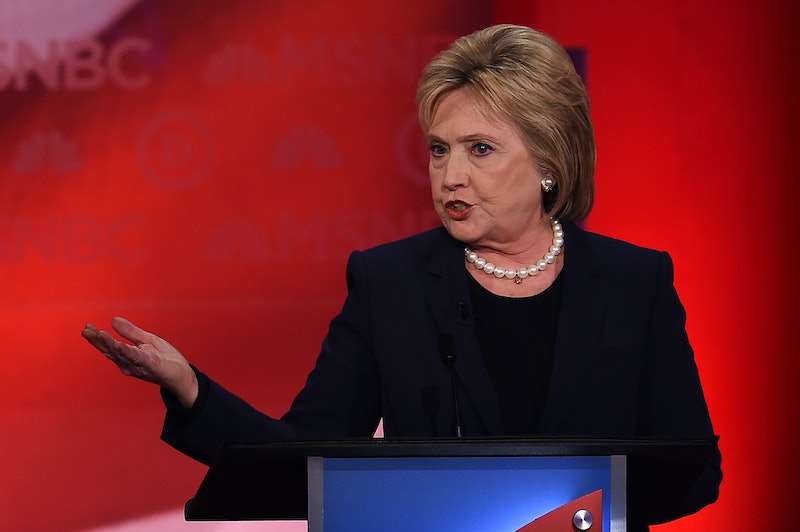 The fifth Democratic debate highlighted many important issues facing the country as well as the collective frustration of a nation. One issue in particular has stayed on the minds of Americans ever since it was unearthed. The Flint water crisis has become a marker of gubernatorial as well as local failings. It has spurned not just politicians but even corporations into action. The lead contamination issues facing the city was understandably brought up on Thursday night. Democratic front-runner Hillary Clinton's response on the Flint water crisis highlights that outrage while also showing just how important the cause is to her.

Moderator Rachel Maddow has been similarly heavily invested in the Flint water crisis, which Clinton touched upon with her answer. The former secretary of state is set to travel to Flint on Sunday to meet with Mayor Karen Weaver. Clinton said:

You know, Rachel [Maddow], you and I have talked about this before. I thank you for going to Flint to hold that town hall. I will be in Flint at the mayor's invitation on Sunday to get an in-depth briefing on what is and is not happening. This is an emergency... The toxic nature of lead can affect your brain development, your body development. What is being done is not sufficient.

The former secretary of state suggested finding ways to help Flint that extend far beyond providing adequate lead pipe decontamination. Clinton said that she is fully committed to "guaranteeing whatever health care and embellishments are needed," which include providing aid to the city's education system. The former secretary of state has suggested that, if the state of Michigan is unwilling to provide for the citizens of Flint, then the federal government must step forward to mitigate the crisis. How will those efforts be paid for? Clinton suggested that the bill become Michigan's issue as a means of holding the state accountable.

It's worth noting that Weaver recently endorsed Clinton, commending the presidential hopeful for her efforts in helping the community of Flint. That relationship is an ongoing one between both politicians. As Clinton expounded upon her answer, it was clear she is committed to a solution to this crisis. In a moving letter written by Weaver about Clinton's Flint efforts, the mayor stated that the presidential hopeful is the only such candidate to make dedicated efforts to help her community. The debate has helped further the conversation on Flint. Though Clinton was unable to deeply elaborate on her plans for Flint, her answer nonetheless speaks volumes on this pivotal campaign issue.