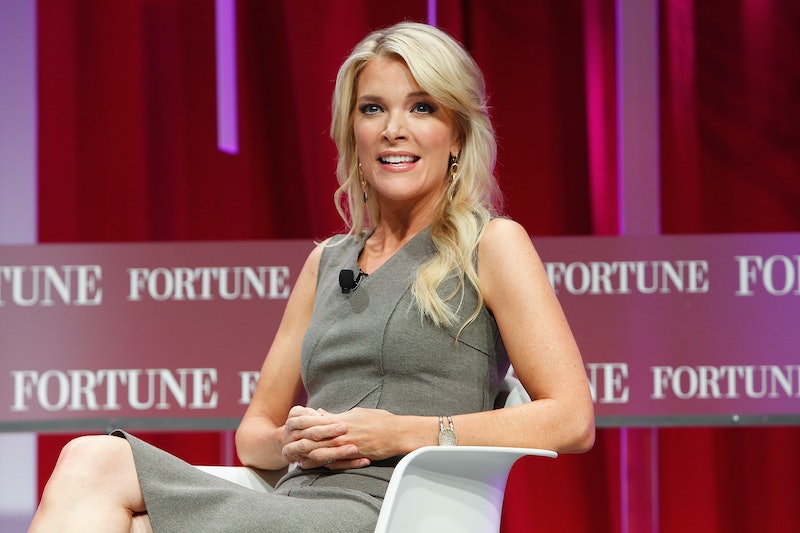 Fox News host Megyn Kelly reportedly signed her first book deal on Thursday with HarperCollins. The book is set to come out this year, though fans of The Kelly File will have to wait until the fall for its release. Whenever any high-profile star inks a deal to pen a novel, the biggest question being asked is the price tag behind the finished product. How much is Megyn Kelly's book deal? Neither Kelly nor Creative Artists Agency, which represents her, has yet to confirm an official number. Rumors are placing that number at around $10 million. A source close to Deadline Hollywood reporter Mike Fleming, Jr. pegs the deal from publisher HarperCollins as high as $11 million.

Likewise, the subject matter of Kelly's first book has yet to be revealed. Fleming has assumed that the book will more closely resemble a memoir than anything. Given HarperCollins Executive Editor Matt Harper's previously experience editing a whole host of books in the genre, it's a safe bet that Kelly may very well be writing about her fascinating life. The journalist has worked incredibly hard to be in the position of hosting the second most-watched evening cable news show on television, having transitioned from a career in law to that of journalism.

If Kelly has indeed received upwards of $10 million for her book, she will be in a rare position of netting more for her efforts than high-profile female celebrities like Tina Fey and Demi Moore. Kelly's advance would amount to $2 million more than that of Hillary Clinton. The Democratic front-runner and former secretary of state received $8 million for her memoir Hard Choices, which went on to become a New York Times bestseller. The book nonetheless paled in comparison to Clinton's previous effort, entitled Living History.

The amount would put Kelly well over her reported $6 million annual salary with Fox News. She is undoubtedly making more than that on a regular basis given her additional pursuits outside of television, which includes public speaking. Her fee reportedly starts at $50,000 and up. People clearly want to hear what Kelly has to say and that has been made explicitly clear by The Kelly File's ratings and her expert moderation skills. The fact that Kelly has now netted a book deal is just icing on the cake. Her forthcoming book may very well top bestsellers lists and may even lead to more writing.