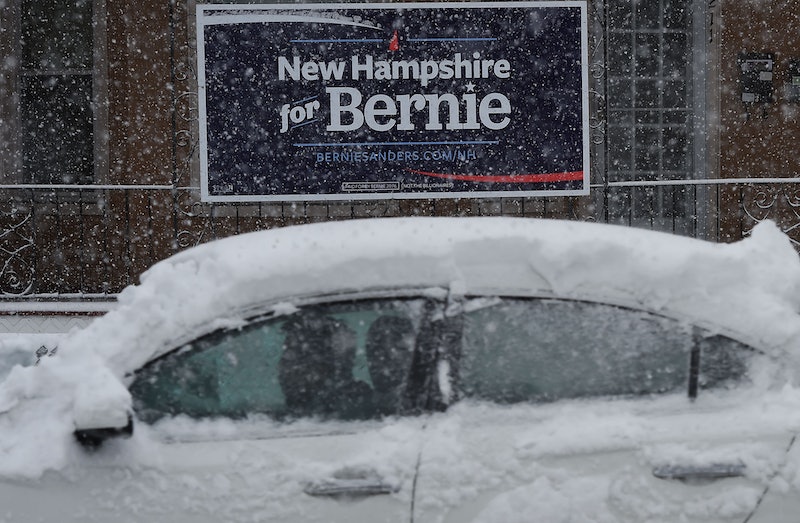 From Manchester to Keene, New Hampshire voters will go to the polls on Tuesday in the first-in-the-nation primary. The Iowa caucuses last week brought unexpected results for both Republicans — Ted Cruz officially stole Donald Trump's frontrunner status and Marco Rubio was hot on the Donald's heels — and Democrats — Hillary Clinton and Bernie Sanders finished a hair away from a tie (0.2 percent more went to the former Secretary of State). America's eyes are on the Granite State to see what light Tuesday's vote will shed on the remaining candidates' presidential prospects, but what does the New Hampshire primary involve and why does it mean so much —even more than the first round of voting in Iowa — in the race to the White House?

Even if the results in Iowa hadn't made it abundantly clear that no candidate in either party was a shoe-in, the New Hampshire primary has a different (and, arguably, greater) significance in selecting the presidential nominees than the Hawkeye state's caucusing. In Iowa, voters can potentially peer pressure their friends, neighbors, and coworkers into supporting certain candidates with the speeches that are part of caucusing, and for Iowa Democrats, they have to declare their votes public (at least Republicans get away with having the privacy of writing it down, even though it's sometimes just on a scarp piece of paper).

Unlike Iowa's caucusing process, New Hampshire's voting is secret ballot, which is how we vote in the presidential election. Without the voices of neighbors chiming over voters' shoulders, the New Hampshire experience is also arguably more reflective of voters' actual personal preferences. Also, because caucusing is such an involved process, it only draws committed voters willing to invest major time and energy. That produces results that are skewed in a way that New Hampshire's far simpler, traditional voting process won't be.

In New Hampshire, independent (or "undeclared") voters can also vote in either party's primary. In Iowa, voters have to be at least registered with the party for which they caucus. People who choose not to officially affiliate with either party don't get to vote, but we all know that's not how the actual presidential election works. Hence, once again, Iowa's outcomes offers a myopic political prediction that New Hampshire's primary rectifies, at least partially.

However, each of these candidates finished in second in New Hampshire, so it's not as if Granite State voters were off the mark. In fact, in 2008, Obama earned 36.5 percent of the vote to Clinton's 39.1 percent. Sure, it wasn't quite as close as Clinton's "virtual tie" with Sanders in Iowa this year, but that is pretty darn close. As of the latest CNN/WMUR tracking poll, Sanders is beating Clinton in New Hampshire with 61 percent of the vote. As Clinton knows from her husband's experience in 1992, a loss to Sanders wouldn't be a death sentence for her campaign, but it would leave the kind of battle scars that indicate how hard a national election will be.