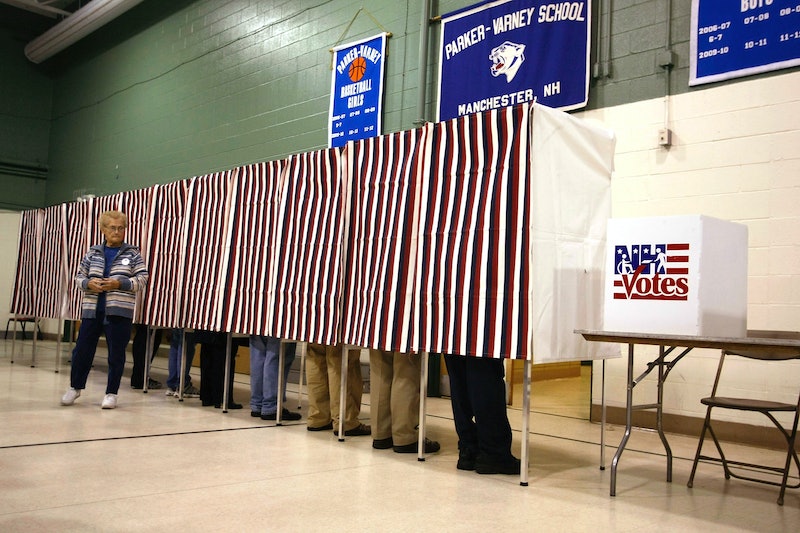 Tuesday is a very special day for the Granite State. All eyes are on the first primary of the election season, which is an important event not only for the country but for the state of New Hampshire's own political history. The New Hampshire primary turns 100 years old this year. The "first in the nation" event has changed the course of many an election and become one of the earliest indicators of who will be nominated for president.

What I've learned over the years is that there is nothing more volatile, nothing more unpredictable than a New Hampshire electorate. ... In 2008 Hillary Clinton's comeback verses [sic] Barack Obama after losing the Iowa caucuses — the New Hampshire primary took place several days later and a lot of observers, including myself, thought Barack Obama had all the momentum going into the New Hampshire primary. But it was Hillary Clinton who emerged as the winner that evening and extended the competition for months.

It took over three decades for the New Hampshire primary to gain momentum following its 1916 debut, however. New Hampshire Speaker of the House Richard Upton altered ballot access laws in 1949 in order to boost voter turnout. The move allowed for voters to pick both presidential and vice presidential candidates as well as make it easier for politicians to register as candidates. Upton would undoubtedly be disappointed in the average national voter turnout if he were still alive today, as the meager 27 percent turnout in 1948 was enough to cause him to change the very laws surrounding the primary.

That effort would be rewarded significantly during the 1952 election, when Gen. Dwight D. Eisenhower bested former president William Howard Taft's son Robert in a stunning defeat that saw Eisenhower's name drafted onto the ballot as he was still stationed abroad. Then president Harry Truman's decision not to campaign in the state helped bring about his surprise defeat by Sen. Estes Kefauver. Both shake-ups took the entire country by surprise. "That's when New Hampshire began to give momentum to the winners who emerged from the state because the day after New Hampshire you became a national political name," Scala told WFXT about the upsets.

Such precedent should concern GOP frontrunner Donald Trump, who cancelled a Londonderry town hall meeting on Friday due to inclement weather conditions. The event has since been moved to Monday. Not campaigning vigorously enough in New Hampshire could put his strong polling numbers in jeopardy. Trump's fellow Republican candidates have been diligent in their campaigning, despite the weather. Democratic candidates Bernie Sanders and Hillary Clinton's Thursday night debate in Durham has undoubtedly helped boost both presidential hopefuls' profiles in New Hampshire. Anything can happen between both parties, of course. As we've seen from years of New Hampshire primaries, even at 100 years, this pivotal political event is anything but old and worn out.