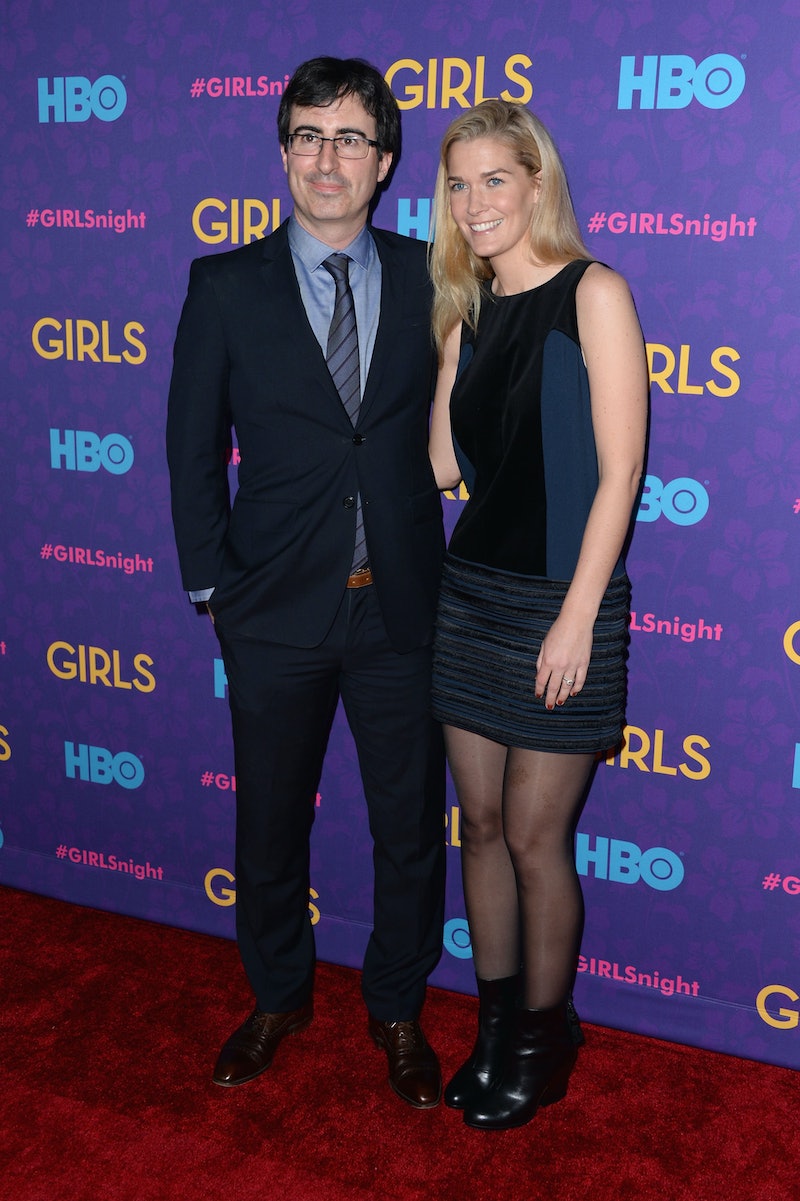 Despite the time off, Last Week Tonight host John Oliver has had a busy few months. He and his wife, Kate Norley, recently welcomed their first child into the world in November. And both have taken to parental duties, as the two are certainly a caring couple. Oliver has shown his compassion for others in his more vibrant Last Week Tonight segments, and, well, Norley's kindness runs even deeper as an Iraq War veteran, veterans advocate, and all around awesome human being. It's quite likely that Kate Norley is even more badass than John Oliver.

Her background is amazing, and her upbringing is simply unbelievable. The child of affluent parents, Norley has made it explicitly clear that money has never made for an easy, lazy life for her. She's previously described her mother as being incredibly altruistic and committed to volunteering and has similarly taken to acts of kindness, such as her efforts with Project Rubicon, a nonprofit dedicated to providing disaster relief in some of the most dangerous, underserved areas in the world.

When Norley was just 16, a reckless driver collided with her while she was riding her bike. She subsequently suffered severe head trauma and was forced to relearn vital language components, including reading and writing. Norley somehow was able to use the devastating injury to motivate her altruistic efforts and dedication to serving, marveling that "the Army has given me a chance to do things I never dreamed I was capable of doing." Here are just some of the many ways she's excelled and seriously outshined Oliver.

Norley enlisted shortly after the Sept. 11 attacks. She felt compelled to serve, she told Stars and Stripes, and soon found herself in a role with the 1st Cavalry Division’s 15th Forward Support Battalion in Baghdad working as a 91 X, or mental health specialist. The veteran spent a majority of her deployment helping her fellow soldiers suffering from combat fatigue.

Norley's advocacy position with Vets for Freedom is what led her to meet her husband. The two crossed paths at the 2008 Republican National Convention in St. Paul, Minnesota. Norley and her group helped hide Oliver and his crew when the then Daily Show correspondent saw security approaching. Realizing his work visa would put him in a precarious position and that he was in a restricted area, Oliver desperately sought help. Vets for Freedom came to their rescue, he and Norley began a correspondence, and were married three years later.

Some of Norley's most fulfilling moments while deployed were spent helping locals near Camp Blackjack in Baghdad, she's said. It's near the 1st Cavalry Division base that squatters and the underserved gather and where Norley spent her scant free time tending to Iraqi children.

Team Rubicon works to send veterans and qualified civilians with first responder skills to disaster sites and at-risk areas to perform relief efforts ranging from medical care to infrastructure repair. Given her background, it's no wonder that Norley would take to the noble nonprofit's cause and work with them.

... And not just any half-marathon: the 2014 New York City Half-Marathon, which benefits the low-income homeowner advocacy nonprofit Rebuilding Together. In addition to successfully raising more than $1,000 and competing in the marathon, Norley was also able to participate in volunteer opportunities with Rebuilding Together as part of their Race2Rebuild initiative with the NYC Marathon and Half-Marathon.

Her Dream Is To Start A Women-Led Nonprofit

Outside of the armed forces, the veteran is reportedly looking to help even more women living in underserved areas through female empowerment. Norley's ultimate dream is "to send American women to the Third World so other women can see what it’s like to have rights and power," she said in a moving profile that appeared in Stars and Stripes.

Her Husband Is In Awe Of Her

Oliver has spoken repeatedly about how inspiring his wife is and how much the work she's doing means to him. The Last Week Tonight host has stated that having a veteran spouse has changed his very idea of what it means to be an American and made him that much more appreciative of her current role as a veterans advocate. "When you’ve married someone who’s been at war, there is nothing you can do that compares to that level of selflessness and bravery," Oliver stated in a late night appearance.