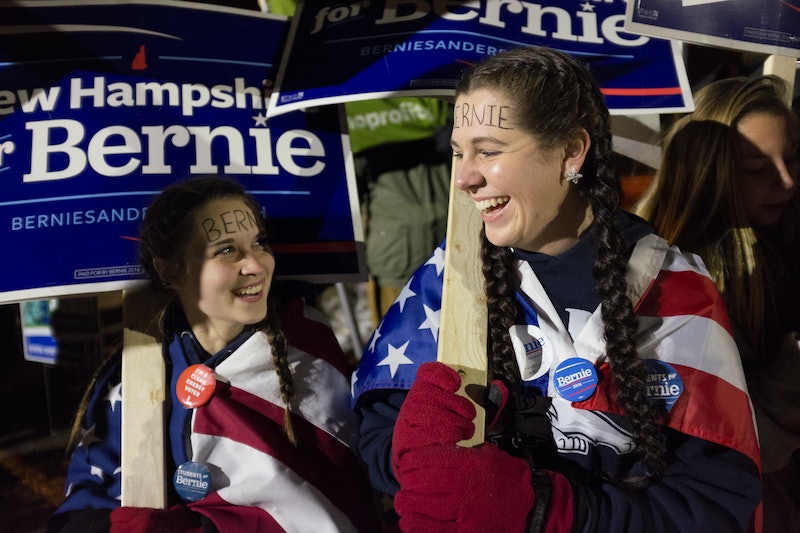 With the Iowa caucuses over and done with, all eyes are now on New Hampshire, which will cast its votes on Tuesday. Unlike Iowa, New Hampshire is a primary, which means there won't be any messy business of supporters crowding into a gymnasium and trying to convince one another to switch their votes. But how does the stage go about awarding its delegates? More specifically, is New Hampshire a winner-take-all state?

No, it isn't. In both the Republican and Democratic contests, delegates from the New Hampshire primary will be awarded on a proportional basis. This means that after the votes are counted, the state's delegates will distributed to the candidates based on how much of the vote each one received. In a winner-take-all state, by contrast, whoever comes in first place receives all of the state's delegates, and everyone else goes home empty-handed.

This distinction might sound pedantic, but it has huge implications for the candidates and their campaigns. In proportional states, candidates who don't expect to come in first place still have a strong incentive to campaign in the state, since they might walk away with at least a few delegates. By contrast, candidates who are polling poorly in winner-take-all states might not want to waste their time continuing to campaign there, because they have nothing to gain from a second-place finish.

From the candidates' perspectives, the ultimate prize is a winner-take-all state that's also worth a ton of delegates, like Ohio or Florida. Winning a state like that can cancel out several losses in smaller states, and as a result, they're often vigorously contested. When Rudy Giuliani ran for the GOP nomination in 2008, he bet all of his chips on winning Florida, simply because the state was worth so many delegates. This strategy backfired when he came in third place in the state, though, and he ended his campaign soon thereafter.

The two parties have different guidelines that determine which system is used by which states. For Democrats, every state is proportional, full-stop, but the Republican rules are a bit more complicated. In the GOP, states that vote in the first two weeks of March have to distribute their delegates on a proportional basis, while the rest of the states are free to decide which system they'd like to use.

Donald Trump is currently leading in New Hampshire polls by a fairly wide margin, but because the state is proportional, even low-polling candidates are trying to scrounge up every bit of support they can. In proportional states, "almost" does count for something, and every little bit of support truly does count.