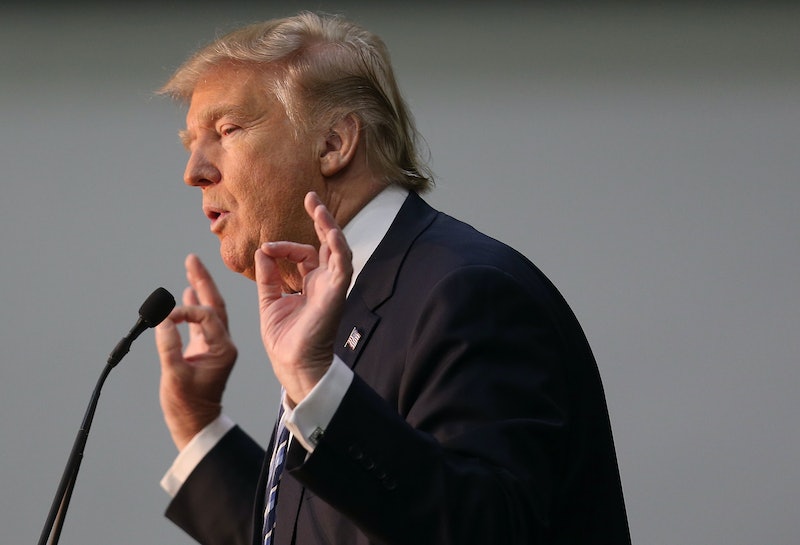 The New Hampshire primary is on Tuesday, and just about everyone in the still-crowded Republican field is scrambling for every last vote they can get. The state awards its delegates on a proportional basis, so every candidate who receives at least 10 percent of the vote will walk away with some delegates. But the stakes are much higher for one candidate than the others. New Hampshire is make-or-break for Trump, and his campaign is finished if he doesn't win first place in the state.

It's not because New Hampshire is worth a lot of delegates (it isn't), or because the winner of New Hampshire has always goes on to win the nomination (they haven't). No, Trump needs to win New Hampshire for reasons that are specific to him and his campaign. Trump, in case you didn't notice, fancies himself a winner, and has built his campaign around the concept that if he's commander-in-chief, America will finally start winning again, whatever that means.

That was all well and good until Trump came in second place in the Iowa caucuses. It was a respectable second, but as Trump himself would probably agree, second place ain't winning. Granted, he had said before the voting took place that his campaign didn't consider the state an essential win, but there's no way that second-place finish didn't sting The Donald. More importantly, it appears to have damaged him amongst his supporters, as his poll numbers fell significantly after the Iowa caucuses.

New Hampshire is his one and only chance to make up for Iowa, because there's no way a self-styled winner like Trump can survive two losses in a row. Unlike in Iowa, where he only had a small lead before voting, Trump has been polling way ahead of the pack in New Hampshire for months, and that's something of a double-edged sword: While it increases his chances of winning the state, it also makes things that much worse for him if he doesn't win.

There's a second reason why New Hampshire is so important to Trump, although it's not quite as compelling as the first. Ever since the first Iowa caucuses in 1972, only one candidate has ever lost both Iowa and New Hampshire but still received their party's nomination. The lone exception to this trend is Bill Clinton, who lost both states in 1992 yet still ended up winning the Democratic nomination. But again, that's the only time this has ever happened.

Thanks to Ted Cruz's upset win in Iowa, the Republican nomination is now truly up in the air. Trump has been the favorite for quite some time now, and if he wants to stay the favorite, he needs to finish first in the Granite State.