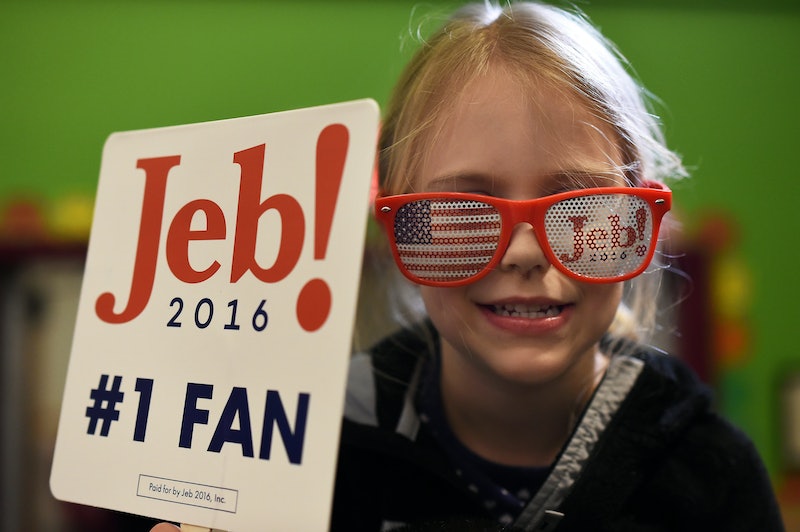 The Iowa caucuses are finished — well, except for one little hiccup — and the New Hampshire primary is just around the corner. There's no doubt that the Granite State will be heavily contested in both parties, but the outsized media coverage that's heaped upon the first two states makes it easy to forget that there are, in fact, 48 other states that will play a role in nominating the next two presidential candidates. Which state comes after New Hampshire in the nomination process?

That depends on whether you're a Democrat or a Republican. The next Democratic voting state is Nevada, which will hold its caucus on Feb. 20. That same day, South Carolina will host the "first in the South" primary, but only for Republicans. Nevada Republicans will cast their votes three days later, while South Carolina Democrats will vote four days after that.

That gets the early states out of the way. March, however, is where the real action is. The first of the month is "Super Tuesday," when no less then 13 states and territories will cast their votes. The biggest prize on that day is Texas, which will dole out 155 delegates to Republicans and 252 to Democrats in its primary. By comparison, Iowa was only worth 29 delegates for Republicans and 54 for Democrats (Every state is worth a different number of delegates for Democrats versus Republicans, because each party distributes a different total number of delegates to its candidates).

This drives home one of the most overlooked facts about presidential primaries in the US, which is that Iowa and New Hampshire, from a strict delegate perspective, really aren't all that important. As the first two states to vote, they provide an early indication of which candidates can actually get their supporters to the polls, but they don't actually get candidates too much closer to winning the nomination.

If a Republican were to receive all of Iowa's delegates, for example, they'd still only have 2 percent of the total delegates they'd need to become the nominee. And because Iowa is a proportional state, the likelihood of going home with all of the states delegates is exceedingly slim. Texas, by contrast, is a winner-take-all state for Republicans, meaning that whoever wins will get all 155 delegates to themselves.

Other than the candidates and their teams, nobody is talking much about the post-New Hampshire states yet. But maybe we should be, because they're far more important in determining the nomination than anything that happens in Des Moines or Concord.