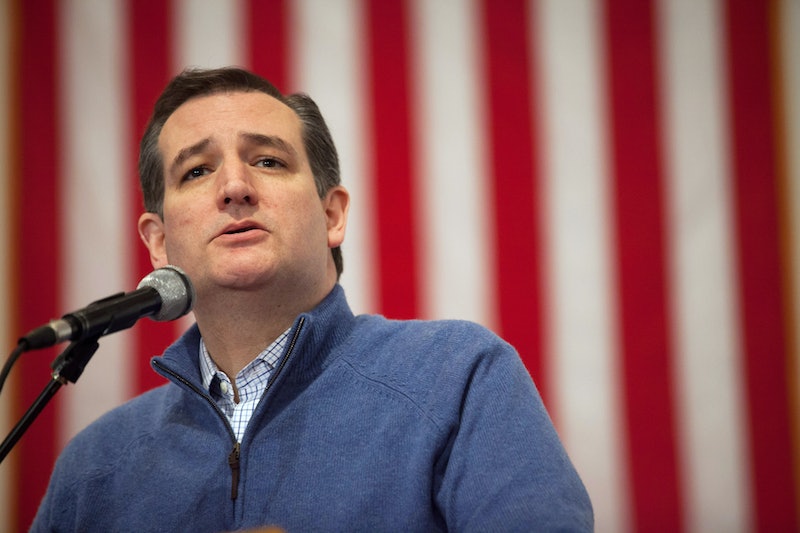 The 2016 New Hampshire primary is scheduled for Tuesday, officially kicking off primary season. Following the Iowa Caucus earlier this week, political and media pundits alike have their eyes on both the Democratic and Republican races, waiting for a clear-cut front-runner to emerge in each party. On the Republican side of things, Donald Trump has slipped from his pedestal, having been defeated in Iowa by Texas Sen. Ted Cruz. Although Trump remains on top, the billionaire business mogul-turned-GOP star may once again be usurped by Ted Cruz in New Hampshire — or maybe even another rising candidate.

According to Real Clear Politics, Trump is holding onto a polling average of 30.7 percent in New Hampshire. Cruz, meanwhile, has a polling average of just 12 percent. But Cruz is not the only one coming after for Trump — the Texas senator is currently in third place in New Hampshire, falling behind Sen. Marco Rubio of Florida, whose polling average is 16.4 percent. Rubio finished third in the Iowa caucus, behind Cruz and Trump, setting up a heated three-way battle for the love and adoration of the average Republican voters.

For Cruz, Rubio seems to be his real challenge. A New York Times report published Saturday claimed that his campaign staffers are keeping their eyes on Rubio, who has received a surge in attention and support following the Iowa caucus. Even Cruz himself has acknowledged it, telling reporters this week, "If momentum were measured by the media, Marco Rubio would already be the Republican nominee."

According to The New York Times, the Cruz campaign doesn't have much hope for the Tea Party senator in New Hampshire — but his staffers do have hope that Trump will pull out a victory to squash Rubio's momentum. "Most candidates are either conservatives who can compete in Iowa or moderates who can compete in New Hampshire. Usually you can't do both," Cruz told The New York Times this week.

At this point, it seems unlikely that Cruz will garner enough momentum to overtake both Rubio and Trump. Most of the polls released over the last week show Cruz with single-digit support in New Hampshire. However, another narrative is beginning to evolve: A new Boston Globe poll released Friday revealed that Rubio is closing in on Trump, though the Florida senator still has some work ahead of him. The Suffolk University/Boston Globe poll had Trump polling at 29 percent — a slight slip — and Rubio at 19 percent; it's the highest support Rubio has received in any public poll since he's entered the race.