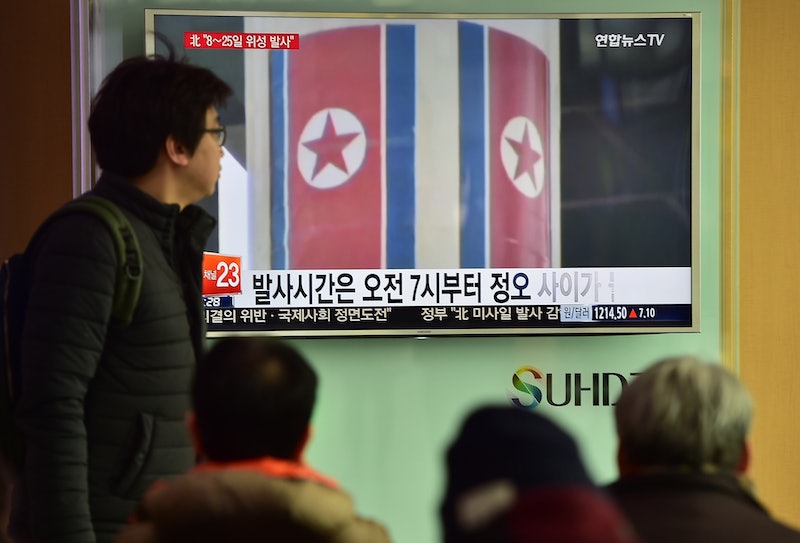 According to reports from multiple outlets, including CNN and the BBC, the state of North Korea launched a long range rocket on Saturday evening, despite warnings and condemnations from across the international community, particularly South Korea and the United States.

This isn't the first time that the North Korean state has fired off a long-range rocket that's drawn international scrutiny ― they also stirred up controversy with similar tests in 2014. It's reportedly not considered a threat to the United States "or its allies," however, according to a U.S. intelligence official quoted anonymously by CNN.

[I can] confirm that we have detected a missile launch from North Korea. Based upon its trajectory as we are tracking it, it does not pose a threat to the U.S. or our allies. We will have more updates soon.

As has happened in the past, the North Korean government isn't actually stating that the rocket they launched is part of a weapons test ― rather, they've characterized it as launching a satellite into orbit. That's the same explanation they offered in 2012 during a controversial rocket launch, when they announced they were sending a tribute satellite to deceased dictator Kim Il-Sung into orbit.