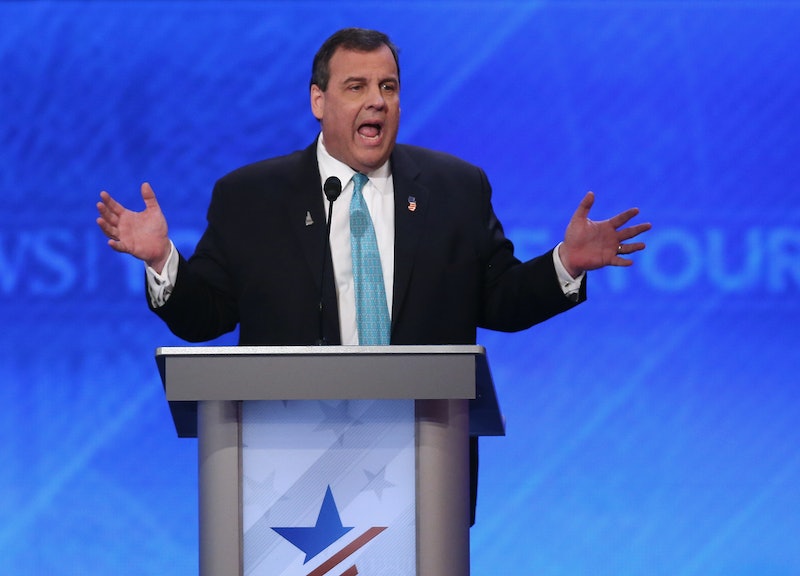 On Saturday night, the Republican candidates clashed on a variety of issues ― foreign policy, executive experience, eminent domain, gender equality in the military, and more ― but one in particular brought a controversy from years ago back to the forefront. Responding to a question from ABC News moderator Martha Raddatz, New Jersey governor Chris Christie backed quarantines for the Zika virus, and in doing so, defended his decision making in the Kaci Hickox case.

If you don't recognize the name Kaci Hickox, that might be because you know her primarily by the shorthand the media gave her back in 2014: the "Ebola nurse." She doesn't like that name, for obvious reasons ― she never had the Ebola virus ― but it was undeniably how she came to be known in the mainstream media. After returning to the United States from West Africa, where she'd volunteered to battle the highly lethal disease's spread, Christie had her forcibly quarantined. She subsequently sued Christie, in addition to other New Jersey officials, arguing that she was detained out of pandering to fears rather than medical merit.

Christie clearly hasn't back down on that point, however. When Raddatz asked him about the possibility of quarantining travelers returning from regions stricken by Zika, and mentioned Hickox's case, Christie didn't mince words: "You bet I would."

Christie went on to make some not exactly accurate statements about Hickox to make his point ― he said she was "showing symptoms," although she was only found to have an elevated temperature upon returning to the United States. A subsequent test turned up negative for Ebola, but Christie fought to keep her quarantined all the same. Here's some of what Hickox wrote about her detention for The Dallas Morning News ― her concerns, frankly, are the same sort that any health worker might feel if they traveled south to combat Zika.

I am scared about how health care workers will be treated at airports when they declare that they have been fighting Ebola in West Africa. I am scared that, like me, they will arrive and see a frenzy of disorganization, fear and, most frightening, quarantine.

Her essay ended with this line: " The U.S. must treat returning health care workers with dignity and humanity." It'll be interesting to see whether this Zika quarantine question ends up circulating around to all the other GOP candidates ― it was also posed to Ben Carson, who questioned the efficacy of such a plan.