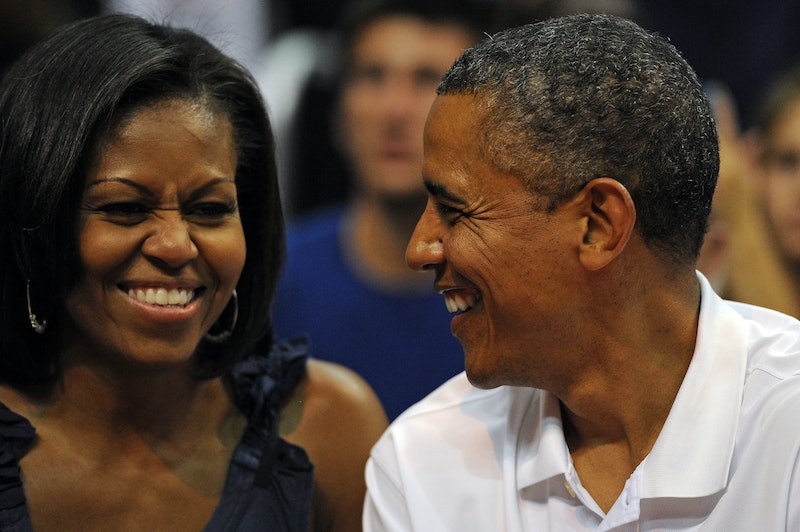 The president's annual Super Bowl pregame interview has traditionally been an opportunity to get to know the commander in chief on a more personal level, and this year proved no exception. Internet memesters worked overtime to flood social media with jokes before the Super Bowl, as President Barack Obama and First Lady Michelle sat down with CBS This Morning co-host Gayle King to talk football, politics, and life in the White House.

While last year's pregame presidential interview struck gold with a meme of Obama drinking his beer pinky up, the addition of Michelle Obama in what was the president's last ever pregame Super Bowl interview allowed for a unique look (and more than a few good jokes) at how the First Couple interacts. The CBS News' interview also focused on the First Couple's final year of living at Pennsylvania Avenue's most famous address. King's familiarity (she's previously held a personal tete-a-tete with Michelle Obama on balancing motherhood and White House duties) and unique relationship with the Obamas gave Sunday's live interview an intimate feel.

But for many viewers, politics was the last thing on their mind in the hours leading up to kickoff on Sunday. Despite the presidential interview being a pregame tradition, many took to Twitter to confess their confusion about finding the president on television when tuning into Super Bowl coverage.

Others employed the old-standby "Thanks, Obama" meme when listing their Game Day gripes on social media. Everything from endless pregame content to the athletic event in its entirety was sarcastically blamed on the president.

Long before Super Bowl Sunday, social media networks like Twitter were already abuzz with jokes about a dab dream team of Obama and Carolina Panthers quarterback Cam Newton at the White House when the president hosts the Super Bowl champions. Hope for a Panther victory was renewed on Twitter before the game as America imagined the duo dancing.

The First Lady's mention of a Champagne Room at the White House quickly went viral on Twitter as viewers wondered if she'd not heard Chris Rock's "No Sex (in the Champagne Room)."

Other's found their own comedic moments in the president's interview to poke fun at, like Obama's love of guac.

Her Champagne Room comment aside, the First Lady's great sense of comedic timing and easy banter with the president left many viewers laughing not at the First Couple but with them during the final pregame interview of Obama's presidential career.