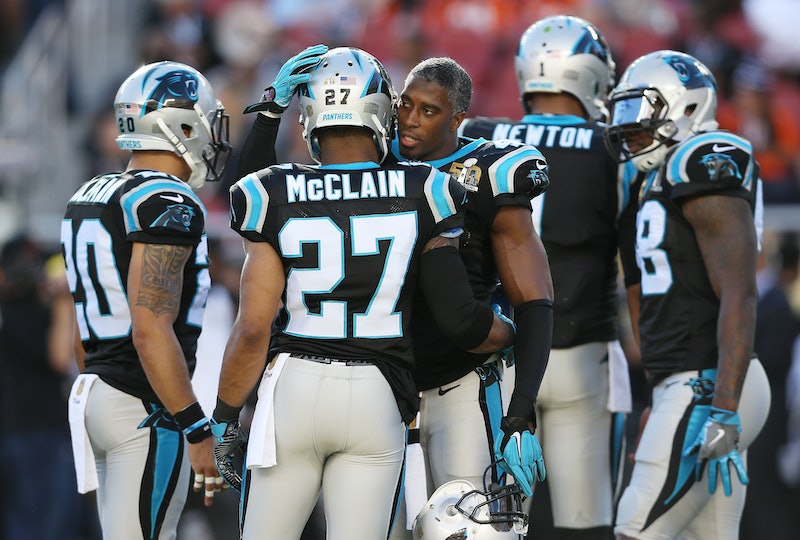 If things keep going at this rate, Super Bowl 50 will have great weather. It's about 72 degrees with few clouds in the sky — but how strong is the wind at Super Bowl 50? So far, it's been pretty gusty.

According to ABC 7, the wind is blowing at 11 miles an hour over at Levi's Stadium. The official NFL website is reporting this as "great Bay Area weather," but some fans are wondering whether how, if at all, this level of wind might affect the game. There's a widespread perception that Denver Broncos quarterback Peyton Manning isn't great at playing in high winds, and that if this weather keeps up, the Broncos will be at a disadvantage.

The problem is that when a football is moving at a slower speed, it's more affected by wind than a faster pass, and Manning's passes tend to sail through the air relatively slowly by NFL standards. This was true earlier in his career, and it's even more true now that he's a bit older (the oldest starting quarterback in NFL history, in fact) and has had multiple neck surgeries. He's known known to have a relatively weak arm in general, and has indeed performed worse in gusty conditions: HIs passer rating is significantly worse in games with wind at 20 miles per hour or more.

The quarterback isn't the only football player who has a harder time playing in stronger winds. Kickers also struggle in gustier conditions, which makes it far more difficult to be a kicker for the Buffalo Bills, whose stadium has been ranked as the windiest in the NFL, than a kicker for the San Diego Chargers, who play in one of the least-windy stadiums in the league.

There's a fair chance none of this will come into play in the game. But if Manning throws a game-losing interception in the fourth quarter, expect to hear a lot of Broncos fans cursing the wind after the game.