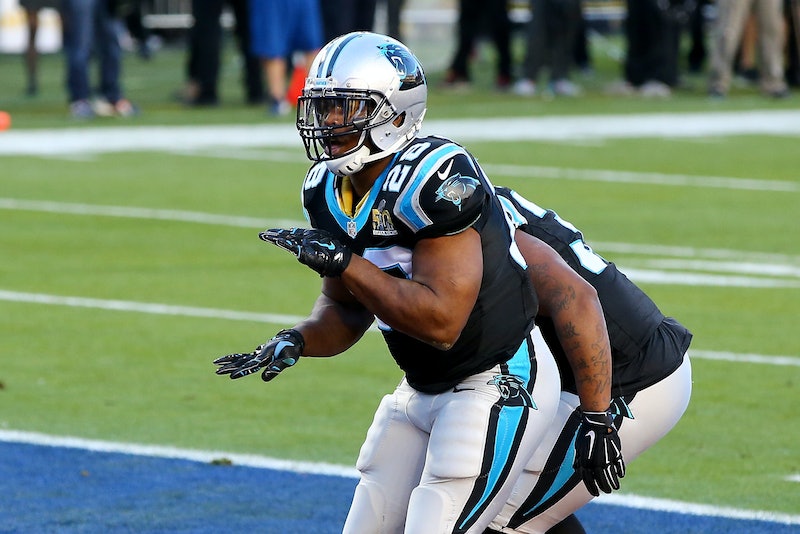 The Carolina Panthers are born to hand jive. Last Sunday's Grease Live! made it all the way to Super Bowl 50 after Jonathan Stewart broke into the musical's famous hand jive after scoring his team's first touchdown of the game. The running back couldn't contain his joy at finally getting the Panthers on the board after initially trailing the Denver Broncos, 10-0. His natural response, of course, was to bust the trademark dance move from the musical Grease. Stewart's nod to Grease in his end zone moves did not go unnoticed, as musical geeks and hardcore football fans alike happily took to Twitter.

Pitch Perfect star Anna Kendrick was one of the first to spot the Grease homage in Stewart's touchdown dance, tweeting "Did he just do the hand jive?" According to Google Trends, search interest in "hand jive" jumped a massive 3700 percent after Stewart scored his touchdown for the Panthers. And, of course, corporate America was very quick to pounce on the hand jive trend, with Kia Motors tweeting, "How to #AddPizzazz to your #touchdow

dance #HandJive." The big question, though, is whether Stewart will get another shot this game to show off his Grease moves?