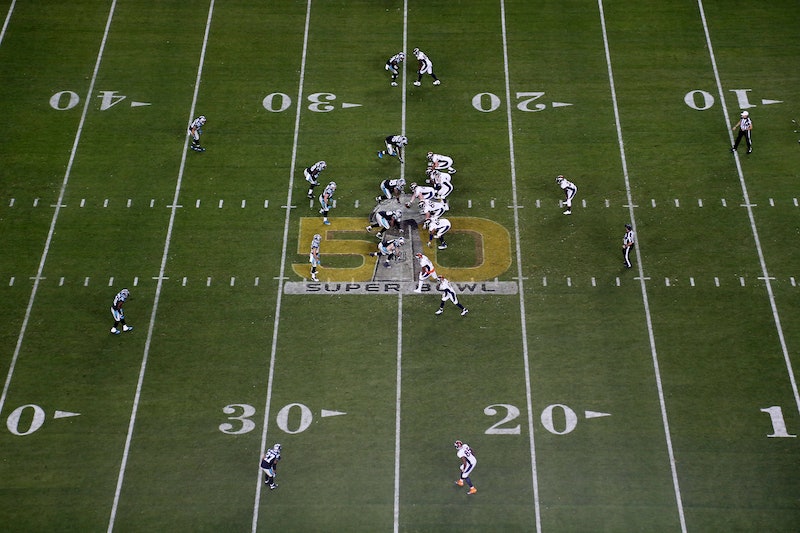 Football is hard-hitting and explosive, and with it often comes the mental images of humans fiercely ramming their bodies into their opponents, sometimes resulting in terrible injuries and lively fan reactions. The annual Super Bowl is the yearly culmination of this American cultural phenomenon. What doesn’t come to mind when picturing the Super Bowl is haiku poetry. Yet, all across Twitter, viewers and fans are doing just that; they're unapologetically writing haiku and hashtagging it #SuperBowlHaiku.

In fact, NPR is live-tracking the haiku using that hashtag. On the list of things I never thought I'd see is this, but alas, here we are. At least our collective populace is growing intellectually, right? Below are just some examples of this fine, fine Super Bowl poetry. These football poets discuss everything ranging from the players, teams, and suppositions about winners and losers, to the halftime show and commercials. America might never see anything like this again, so take it all in now. For next year, who knows what's to come — probably not haiku, that's for sure.

Puppies? Dogs? Football? The topics are all covered in these Twitter haiku. I even took my own turn at writing some Japanese traditional poetry.

Here's some of the best poetry twitter had to offer on Super Bowl Sunday.

Who would have imagined that the Super Bowl and traditional Japanese poetry would mesh together so well? It's like a match made in heaven.

More like this
Jack Grealish’s Reaction To England’s New Kit Is The Most British Thing You’ll See Today
By Darshita Goyal
Behind The Hilarity Of The "POV: You Walk Into My Room" TikTok Trend
By Lexi Inks
Why TikTok Is Flooded With Controversial Videos About "Pick Me Girls"
By Courtney Young
This TikTok Song About An Unrequited Romance Has FYPs In Shambles
By Emma Carey
Get Even More From Bustle — Sign Up For The Newsletter