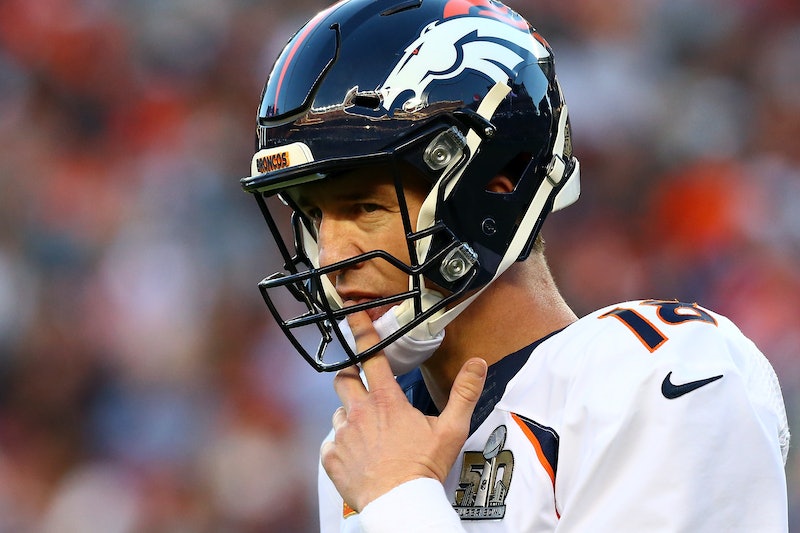 While the players at Super Bowl 50 are fighting it out for each and every yard, the armchair pundits on Twitter are going just as strong, dusting off dank memes and witty puns to try and win over the most likes, hearts, and clicks from friends and foes alike. Even NPR is celebrating the Super Bowl in its own amusing way, kicking off the surprisingly hilarious #SuperBowlHaiku hashtag on Twitter in the first quarter of the contest. Check out these funny Super Bowl 50 tweets and jokes and feel free to punt them over to your friends.

This year, there are some similar themes in common with Super Bowls of the past. One meme besides perennial fan favorite "Supurb Owl" that keeps popping up are pot jokes. Super Bowl 49, when the New England Patriots played the Seattle Seahawks and Super Bowl 48, when the Seahawks took on the Broncos featured fanbases in states with a flourishing legal cannabis culture. I'm losing count of the "super bowls" that are being posted on Twitter; same goes for the clever Twits posting "dab hands" stuff, but be sure to check out some of the amateur comedians and aspiring comedians of Twitter are saying about the Super Bowl below.

What is catch, even?

She has a point:

Tom Brady managed to make it to the Super Bowl after all. Not everyone is pleased:

Yours truly couldn't resist jumping in on the fun, offering an exclusive snapshot behind Brady's sunglasses:

No, you didn't turn on The Hunger Games by mistake:

Just in case you don't know what's going on and, at this point, are too afraid to ask:

Not everyone is excited for Coldplay: