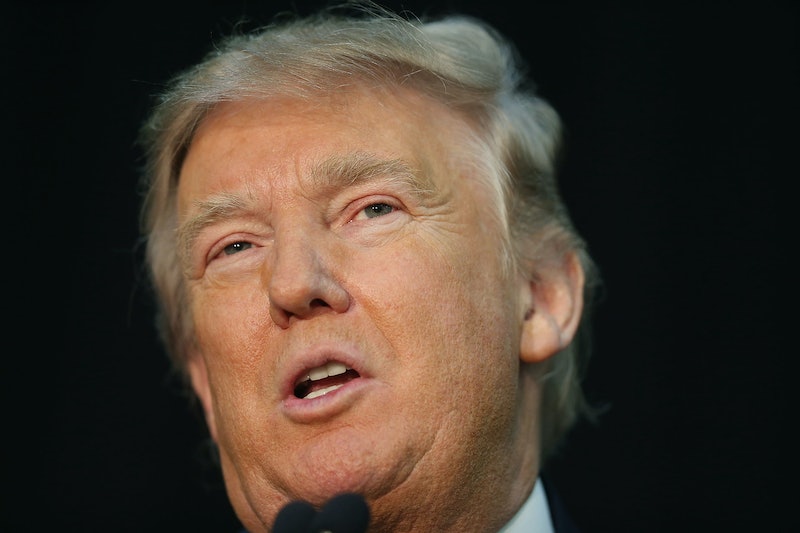 He Who Shall Not Be Named finally spoke up during the third quarter of the biggest sporting event in the country. On Sunday, Donald Trump weighed in on Super Bowl 50 on Twitter, calling it "boring" and encouraging his followers to "MAKE AMERICA GREAT AGAIN" (emphasis his.) This may be the first time that I have ever been in even partial agreement with the former slumlord, as I personally find politics to be a more fascinating sport than, well, sports on the whole. I do not, however, subscribe to his vision of what America should be.

Most of the commentariat on Trump's tweet seemed to agree with me. Aside from some errant 4channers looking for any morsel of online attention from Trump, most Tweeps weren't pleased with his Super Bowl game day activity on the social media platform. Displaying varying degrees of civility — really, click through at your own risk — the overwhelming majority of respondents either refuted his assertion that the game is boring or requested that he cease communicating post haste.

Regardless of the occasion, Trump remains a master at self-promoting his unique political brand. Whether or not it will be able to translate into votes in New Hampshire and beyond is still up for debate, however. The latest polling aggregation from Huffington Post shows his substantial lead dropping precipitously.

This coming Tuesday in New Hampshire will be a huge day for Trump's campaign. The Donald, never a gracious winner, was beaten out in last week's Iowa caucuses by Ted Cruz, and followed closely by Marco Rubio.