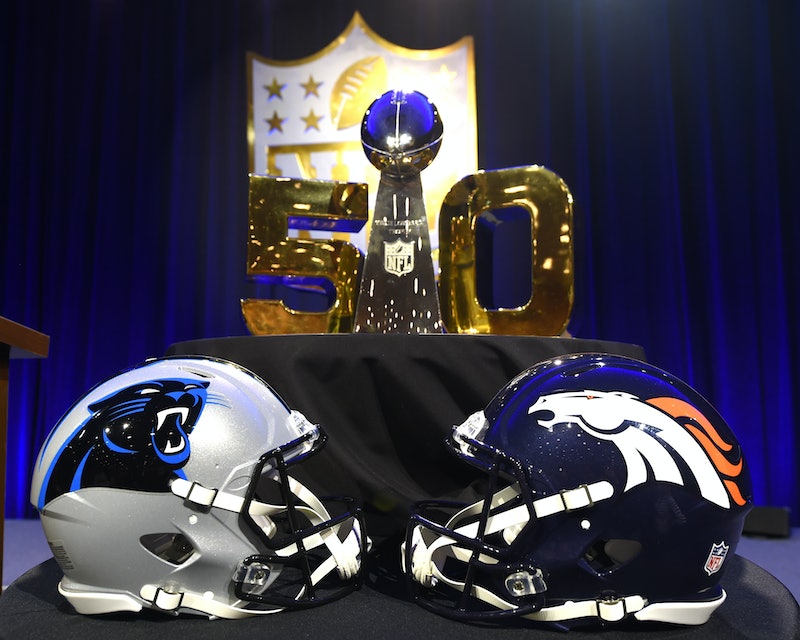 For the second year in the row, the NFL has allocated a coveted Super Bowl commercial spot to shine a light on domestic abuse. Teaming up with the NO MORE Campaign, a national domestic violence awareness group, the league released an unquestionably powerful PSA showcasing the chillingly casual signs of domestic abuse. Titled "Text Talk," it features a simple text exchange between two friends, one encouraging the other to come to her Super Bowl party. The other declines, texting "Don't think it's a good idea" and later adding "Jake is in one of his moods. I should prob not go out." When her friend writes, "Are you okay?," there is no response — just an unnerving ellipse, lingering long enough to make it clear that she is definitely not okay.

Because the exchange in the PSA so simple, it is all the more relatable and frightening. The message is abundantly clear: domestic violence is frighteningly common. The PSA is certainly a potent call to action for the millions of American watching the Super Bowl, and the NFL deserves praise for investing time and money into devising such an adept and moving advertisement. However, that doesn't mean the NFL can't, or shouldn't, do better.

The PSA rings hollow in its own way. Like the domestic violence PSA the league produced last year, which was also remarkably stirring, the commercial focuses on, for lack of a better word, "everyday" examples of domestic abuse, the kinds that could be occurring next door to the average American or to their best friend (or to them). The problem with the approach to this PSA is that it blatantly ignores the NFL's domestic abuse problem within the league.

A truly powerful ad would acknowledge the NFL's employees, especially its players, who have been plagued with domestic abuse controversies. The reason so much scrutiny is on the league when it comes to domestic violence is because there have been so many well-documented accusations and reports that the NFL has ignored the problem from far too long. While the league has taken some commendable steps in terms of allocating greater funding and attention to domestic abuse, these philanthropic efforts seem superficial when the league does not specifically acknowledge its own errors.