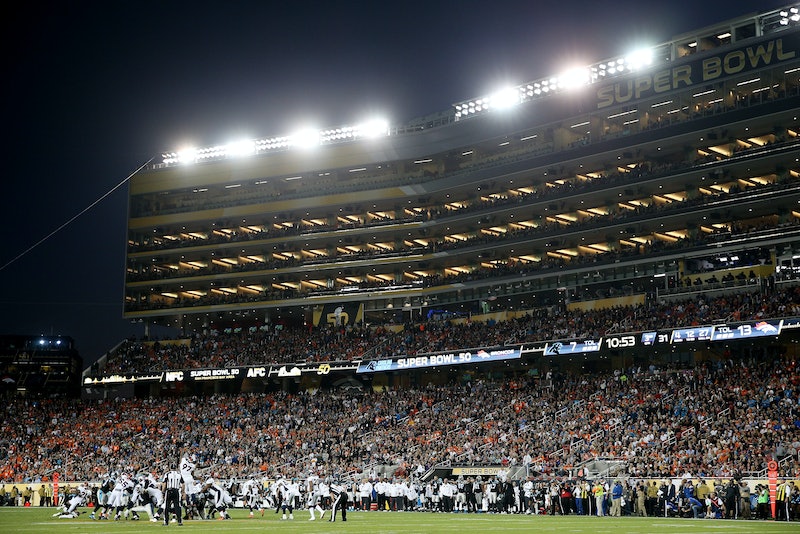 All he needed was time. That's what analysts and armchair quarterbacks are saying about the Carolina Panthers' Cam Newton lobbing a pitch perfect 42-yard pass to Corey "Philly" Brown in what has become the Super Bowl catch that everyone's talking about. Following a shockingly lethargic first half, the Panthers found themselves receiving the ball leading into the third quarter. Carolina was hoping that a kickoff deferment from a winning coin toss would work in their favor. The team's initial misstep came with a sloppy failed field goal kick that ricocheted off righthand upright.

Denver struck back with a successful field goal, which can most certainly count as a small victory for Carolina. The formidable defense of the Panthers held on to force the Broncos into the FG position. Nonetheless, they're still trailing. Once the Panthers regained the ball, Newton set his sights on the clutch wide receiver, releasing the football just as he got tackled. Brown's sheer agility is what shockingly put him head and shoulders above the downfield coverage eying the lengthy pass. Brown is just 5'11" — considerably short by NFL standards — and yet his backward diving catch was timed perfectly, lending the Panthers a bit of momentum, albeit temporarily.

Brown's acrobatics were certainly impressive though nothing comes close to the piece of Bay Area sports history known as the catch. Just slightly up the Peninsula in the Hunters Point neighborhood of San Francisco, the 49ers played a pivotal NFC Championship game against the Dallas Cowboys on their home turf at Candlestick Stadium in 1982. The fate of their Super Bowl hopes lay in a much needed end zone completion with less than a minute to go and boy did they deliver. NFL Hall of Famer, repeat Super Bowl winner, and multi-game MVP Joe Montana successfully connected with Dwight Clark at the bitter recesses of the righthand side of the end zone, effectively sealing the fate of the Cowboys and propelling the 49ers to yet another Super Bowl.

Newton and Brown were undoubtedly hoping that such a similarly momentous catch would yield successful results for the Panthers. Alas, the timing was off and it was not to be. Shortly after Brown's stellar reception, a series of flubs led to a Carolina fumble and the Broncos once again recovered the ball. The Panthers still have time to channel that momentum. Brown has been a pivotal player for Carolina throughout the season and the playoffs. His incredible catch could be the start of something big.