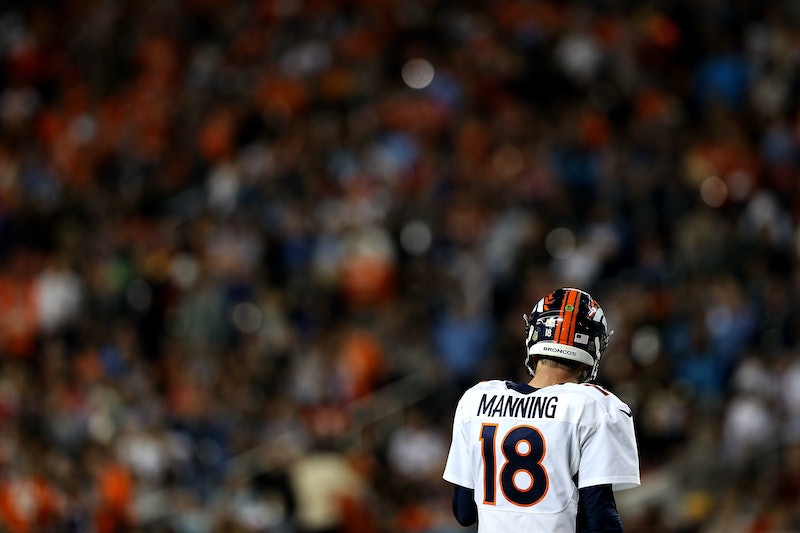 Peyton Manning stepped off the football field as he waited for the Bronco's defense to wind down the clock against the Carolina Panther's offensive line during Super Bowl 50. Victorious in the end, saying that he was "very grateful" for the support of his families and friends, he demurred when asked on camera whether or not this would really be his last game. Making history as the first starting quarterback to win the Super Bowl with two different franchises, watch Manning walk off the field for what is likely the last time.

Manning also becomes the oldest quarterback in NFL history to win a Super Bowl at 39 years of age. When asked again on stage if this would be "his last rodeo," Manning gave a similar answer to his earlier reply. Restating his desire to kiss his wife and enjoy an unnamed American brewski, Manning remained coy, saying that an "emotional decision" like this shouldn't be undertaken lightly at an emotional time — like right after winning the Super Bowl. Regardless of what Manning ends up deciding to do in 2016, these images of Peyton Manning walking off the Super Bowl field after an 18 year long professional career will stick with you.

Peyton Manning's triumphant exit from Levi's Stadium may not be the final time that he walks offstage from an NFL game. That won't diminish the significance of this record-breaking victory.