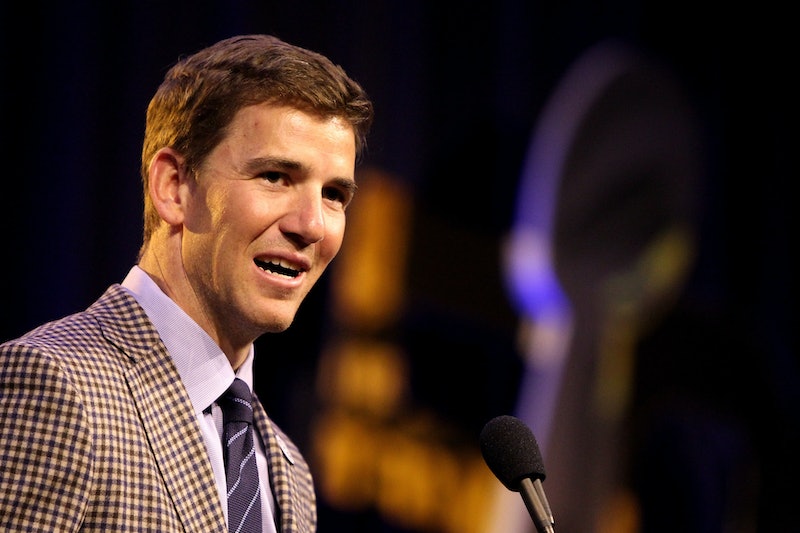 While the Denver Broncos are celebrating a Super Bowl win and Peyton Manning can claim a championship, brother Eli Manning seemed none too pleased with the win. Eli's visibly disappointed reaction at Peyton's victory has gone absolutely viral. Suited up in the Manning family box, the New York Giant quarterback, who has won two of his own Super Bowl rings, looked somewhere between exasperated and depressed when it became clear his brother had won what may likely go down as the biggest game of his professional career. Biting his lip and then almost seeming to hold back tears, Eli looked more like he had just witnessed a car run over his childhood pet than his big brother win the Super Bowl.

Theories began circulating online about what caused Eli's awkwardly unhappy expression. USA Today's Nate Scott surmised that Eli was sad at the prospect of no longer being able to claim more Super Bowl wins than brother Peyton (who is generally regarded as the much better player). "Eli Manning is not going to have those two Super Bowl rings to hold over his brother’s head anymore, and he is apparently bummed about it," Scott wrote. While we may never know for sure what provoked Eli's sour puss expression, Twitter certainly has some commentary about the sibling rivalry.