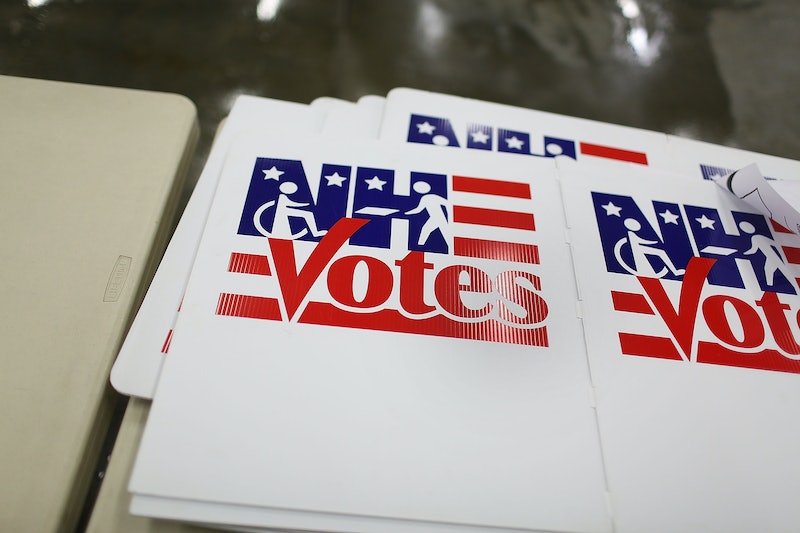 If you live in America and have heard anything remotely political on the news in the past few months, you've probably heard the words "primary" and "primaries" thrown about casually — or frantically. Primaries play a huge part in presidential elections in the U.S., helping to determine statewide support of a particular candidate. Voters in states that have a primary, not a caucus, are familiar with the word and the whole series of operations, but not many really even know why these events are called primaries. One would think it's fairly self-explanatory, but actually, questions are more common than the politically-savvy would anticipate. With the New Hampshire primaries approaching, it is important for citizens to prepare for their own state's presidential primary, and part of that is understanding what a primary is, as well as the ins and outs of the process.

Google defines a "primary" as "a preliminary election to appoint delegates to a party conference or to select the candidates for a principal, especially presidential, election." Fair enough — so this statewide election determines the number of delegates assigned to each candidate at that candidate's party's national convention (see: the Democratic National Convention or the Republican National Convention — smaller parties do not have the strength of the two larger parties). It operates in the same manner as a general election in that voters cast secret ballots. Most states have voting booths, where they step behind a curtain and press buttons next to the names of the candidates they support. When they are fully decided, they send their vote(s) via a big button off to the side that casts them into the system, and it is done.

The interesting part of primaries is that there are two major types of primaries — open and closed. An open primary allows voters to choose any candidate of their liking from any party of their choosing and regardless of the voter's registered political affiliation. The motivation behind this is that if independent or nonpartisan voter can get involved during the early states of electing a president, that voter is more likely to participate in the general election. On the other hand, a closed primary only allows voters to cast their vote for a candidate on their registered party's ticket, so a Democrat cannot vote for a Republican candidate, for example.

In the alternate nonpartisan blanket primary — which is less common — all candidates appear on the same ballot and the two candidates voted highest proceed to the runoff election, regardless of party affiliation.

Since New Hampshire is next in line, it is useful to know that their primaries are an unusual mix of open and closed. Registered voters vote in their respective ticket, and unaffiliated voters may choose upon arrival which political identity they would like to assume, Democrat or Republican. They are not made to register and can continue on as unaffiliated, if they desire. New Hampshire is a small state and it doesn't carry many delegates, but like the Iowa caucuses, it is the first primary of the year and that alone counts for a lot. It begins to establish a trajectory for the race to the White House, and although it is not a science, winners see donations thrown their way, and they gain that certain political je ne sais quoi, that is, momentum.