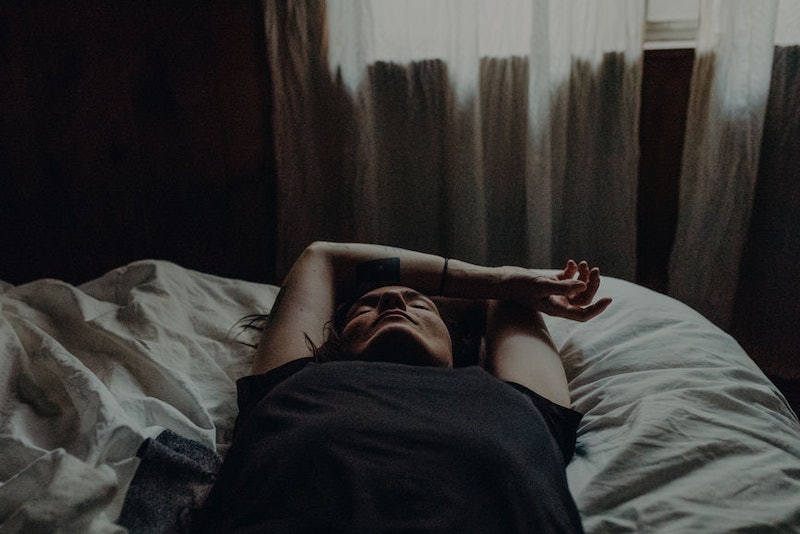 Already today, I've sighed several times. I sighed when my space heater tripped our breaker. I sighed because my 3 year old shoved a Pop-Tart into an air vent. I just sighed because I tried to type Pop Tart no fewer than four times before getting it right ("part tarts" has a nice ring to it, don't you think?). And while I know these sighs were born from frustration, really, why do we sigh? Since I'm so adept at it right now, it's only natural to be curious about the root of this behavior. So here's some good news on that front — scientists have pinpointed the source of sighs, and it's not just an outward expression of despair or irritation. It's actually responsible for some pretty key stuff going on inside, too.

According to a report detailed in the science journal Nature, sighing is credited as being a life-sustaining reflex that aids in healthy lung function. Here's how it works. A sigh is initiated by two tiny clusters of brain cells in the region of the brain stem responsible for breathing, sleeping, and heart rate. This occurs in conjunction with an unconscious command to reinflate, as needed, the tiny sacs in the lungs known as alveoli. In fact, even when we don't realize it, we are sighing — this system prompts sighs roughly a dozen times per hour, regardless of whether or not a toddler is vandalizing the HVAC with a breakfast pastry.

Uncovering the scientific reason for a sigh is important in that the research offers a better understanding of the tricky balance faced by clinicians to get mechanical breathing rates in patients just right. If they fail to do so, patients with injuries or chronic lung disease are susceptible to further damage. "Sighing appears to be regulated by the fewest number of neurons we have seen linked to fundamental human behavior," said Professor Jack Feldman, an author of the study and professor of neurobiology at the University of California, Los Angeles. "One of the holy grails in neuroscience is figuring out how the brain controls behavior. Our finding gives us insights into mechanisms that may underlie much more complex behaviors."

And those findings are pretty fascinating — sighing is an integral part of survival. "If you don't sight every five minutes or so, the alveoli will slowly collapse, causing lung failure. That's why patients in early iron lungs had such problems, because they never sighed," explained Feldman. Perhaps next scientists will figure out why people sigh when they are frustrated, irritated or anxious but, for now, Feldman can only conjecture that "neurons in the brain areas that process emotion are triggering the release of the sigh neuropeptides."

So keep sighing, friends! It's literally giving you life. In the meantime, here are a few more fun facts about breathing to mull over.

1. You Breathe Out Water When You Exhale

Along with carbon-dioxide waste, breathing out emits water. How much? At rest, humans can exhale up to .59 fluid ounces of water per hour — during exercise, that amount can quadruple.

2. Lungs Can Float On Water

Thanks to the aforementioned alveoli, which are filled with air, lungs have a natural buoyancy. In fact, they are the only organs in the human body that are capable of floating on water.

Although people typically think of the nose when they think of mucus, the truth is your air passages make mucus too — and it's a vital substance in the process of breathing (which, you know, is pretty darn important as things go). The mucus traps dirt and bacteria and moistens airways.

More like this
This Psychological Effect Might Be Keeping You From Hitting Your Goals
By Lexi Inks
Got Brain Fog? Here Are The Best Supplements For Memory & Cognition
By Carolyn Steber
How Yin Yoga Delivers TLC To Tight Muscles
By Carolyn Steber
All The Benefits You Get From Sitting In A Sauna
By Carolyn Steber
Get Even More From Bustle — Sign Up For The Newsletter