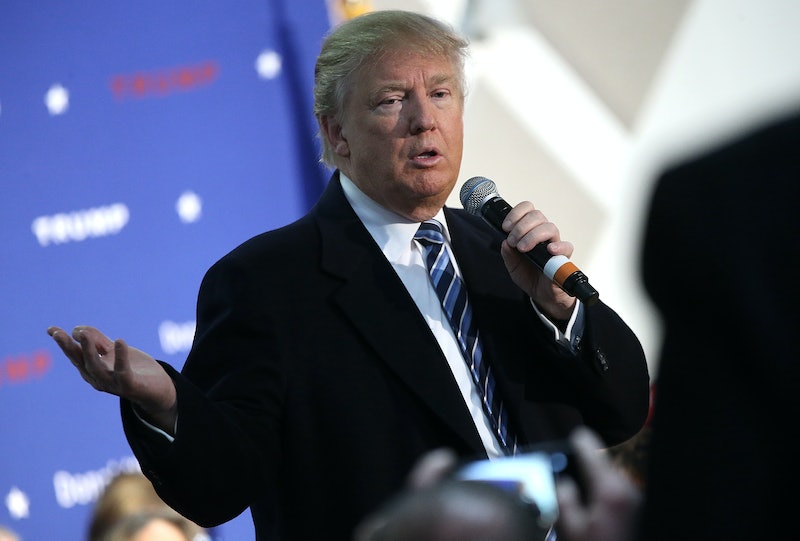 America is on the eve of the New Hampshire primary, and the outcome of the Republican contest is anyone's bet. Marco Rubio's implosion at the last GOP debate and a late surge by John Kasich have thrown the race into flux, and no less than four candidates are now running neck-and-neck for second in the state. However, the candidate who's been in first place for the last several months is still on top. So, will Donald Trump win the New Hampshire primary?

Yes, he will. Well, probably. If this cycle has proved anything, it's that you shouldn't place complete and utter confidence in primary polls. A day before the Iowa caucuses, polls showed Trump and Bernie Sanders leading their respective fields, but both came in second place by the time the votes were tallied. Sometimes, the polls are wrong.

That said, things are looking much better for Trump in New Hampshire than they ever did in Iowa. First and foremost, his polling lead in the state is simply enormous, and has been for the last six months. The last three polls taken in the state show him leading every other Republican by 14, 15, and 21 points, respectively. Since the new year, only one poll has shown him ahead by less than 10 points, and he hasn't dropped to second place in a single New Hampshire poll since July.

In short, his lead is gargantuan and has been for the better part of a year. The same can't be said of his position in Iowa before the caucuses. While Trump was a slight favorite for caucus night, his lead in the state fluctuated wildly over the course of the last six months. Ted Cruz, the ultimate winner, was ahead of Trump in Iowa for around a month at the end of 2015, and even Ben Carson led everyone else in the state for a couple of weeks. Trump's average polling lead on caucus night was 4.7 points. As of Monday night, his average lead in New Hampshire is more than triple that.

Having said all of that, New Hampshire primary voters do have a tendency to completely blow conventional wisdom out of the water. In the state's 1984 Democratic primary, dark horse candidate Gary Hart pulled off a stunning upset over Walter Mondale, and Hillary Clinton's 2008 victory over Barack Obama in the state was almost as shocking and unforeseen. It's possible, then, that the polls are all completely wrong and Trump is on the path to defeat. In all likelihood, though, the Donald is on his way to winning his first primary of the 2016 cycle.