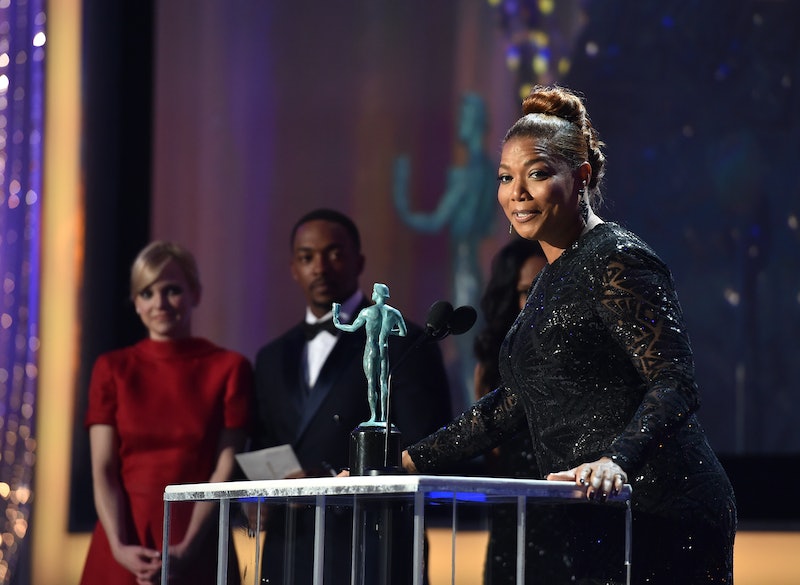 Gwen Ifill and Judy Woodruff, the co-anchors and managing editors of PBS NewsHour, will moderate Thursday's Democratic debate at the University of Wisconsin-Milwaukee. Ifill last moderated the 2004 and 2008 Vice Presidential debates. During the 2008 presidential debate season, Queen Latifah played Ifill on Saturday Night Live, moderating the vice presidential debate between Sarah Palin (Tina Fey) and Joe Biden (Jason Sudeikis). The sketch is well worth your time.

Latifah almost immediately poked fun at Ifill's book The Breakthrough: Politics and Race in the Age of Obama, which was set to be published in early 2009 — on inauguration day — which caused outrage on conservative news networks. Latifah (as Ifill) explained the rules of the debate, saying, "As moderator, I will not ask any follow up questions beyond 'Do you agree?' or 'Your response?' so as not to appear biased for Barack Obama, in light of my new book."

And she continued by joking about Palin — which SNL has been up to for seven years now — reminding her audience that, "Due to the historically low expectations for Governor Palin, were she simply to do an adequate job tonight and at no point cry, faint, run out of the building, or vomit, you should consider the debate a tie."

But this isn't too far off, considering Palin's recent endorsement of Donald Trump in Ames, Iowa. During the endorsement, she made some interesting statements. For instance: "They stomp on our neck, and then they tell us, 'Just chill, OK, just relax.' Well, look, we are mad, and we've been had." Or when she referred to her party as "right-winging, bitter-clinging, proud clingers of our guns, our God, and our religion, and our Constitution." Maybe Latifah was on to something.

Latifah-as-Ifill also asked the candidates about how they would solve the financial crisis, and directed a question to Palin — who kept coming back to Barack Obama, Ronald Reagan, and Israel, in true GOP fashion — about global warming and whether or not it's man-made. (In the last eight years, very little has changed in the realm of presidential politics, huh?)

She asked questions about gay marriage and same-sex rights across the country. And she was shocked when Palin brought out her flute to make her closing statements, because Palin had come prepared for the "talent portion." While I'm not expecting anything quite like this during Thursday night's debate, we can hope for a comeback of Latifah on SNL to reprise her role as Ifill.

Check out the full video below. 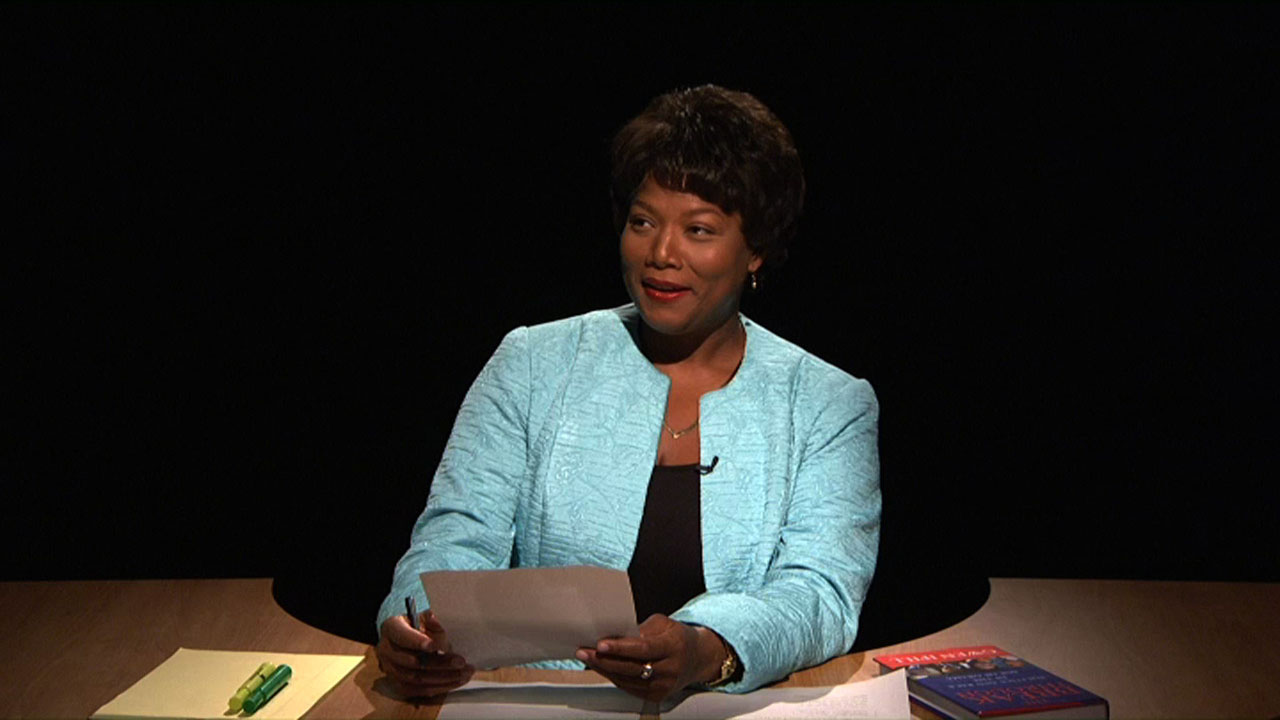