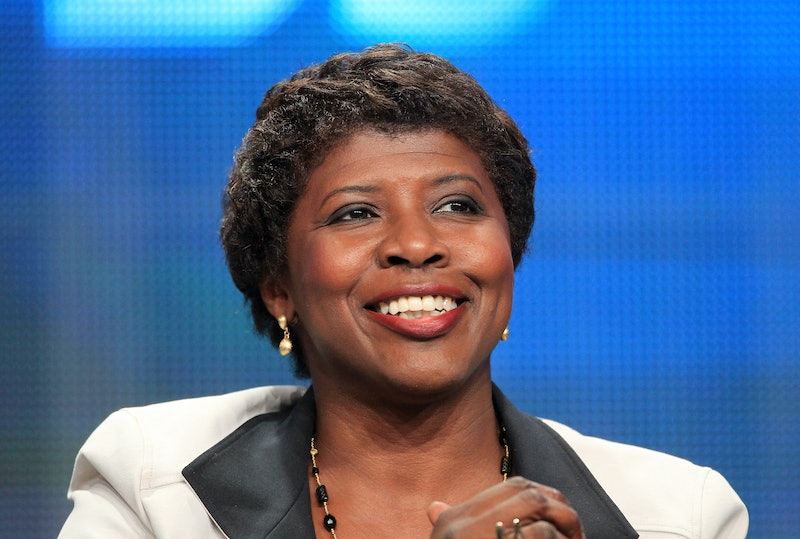 Just days after the nation's first look into the caucus and primary election season, PBS will host a Democratic debate that proves to be the most feminist one to happen yet. On Thursday, viewers will wade through the results of the recent Iowa caucus and New Hampshire primary with the help of PBS anchors Gwen Ifill and Judy Woodruff. To see two women as moderators during such a crucial time in the election season speaks volumes, and they are being given the well-deserved position to discuss policy on a national stage with two candidates who also claim the feminist label themselves.

There hasn't been one other debate this election cycle so far that has been moderated exclusively by a panel of women. To many, having a moderating table made up entirely by men might seem "normal," and would likely go on with little to no fanfare. But to grant the same political prowess to women, one of whom is a black woman, is a bold and necessary move in granting women the same political space men have enjoyed for centuries. While it seems a pipe dream to ever expect this to happen during a GOP debate, the fact that the PBS NewsHour team will get to question the Democratic candidates is solid enough.

It is also remarkable that three of the four people on the debate stage will be women. Considering women only got the right to vote less than 100 years ago, how awesome is it to think that Ifill, Woodruff, and Hillary Clinton will be able to, as respected journalists and politicians alike, discuss the affairs of the country? (Bernie Sanders is great on women's issues too, but a moment to appreciate this feat is really necessary.)

Woodruff and Ifill will surely not let this moment go to waste, either. They are co-hosts at the helm of PBS's hour-long nightly newscast PBS NewsHour, which consistently receives praise for its in-depth reporting. They are the first and currently only all-female anchor team for a national nightly news show on broadcast television. Because of their existing partnership, it's likely that the two will be able to seamlessly work together in a way other moderators have been unable to.

All of these elements equal out to a sure-fire feminist night for viewers. With Clinton and Sanders on stage, and a dream-team of women journalists to moderate, the rest of the election cycle will get a needed feminist boost as it carries on to the next primaries.