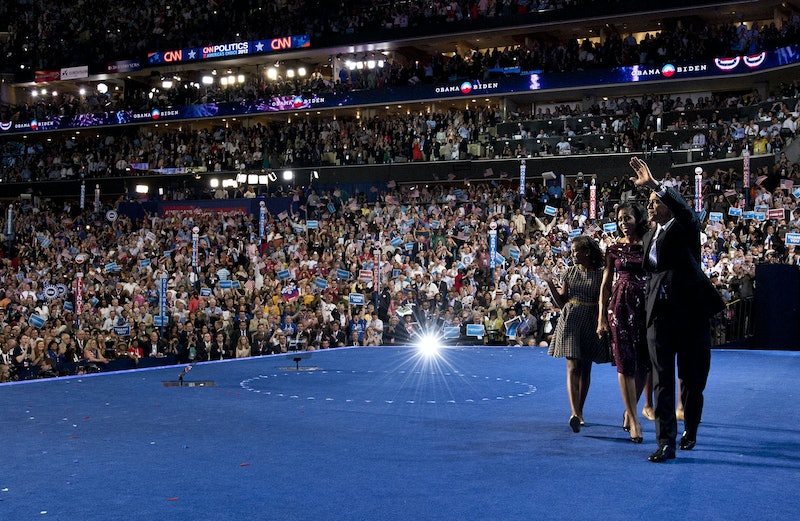 In the name of democracy, the United States has a fairly convoluted election system. There are caucuses and primaries, like the New Hampshire primary on Tuesday. Then come conventions and nominations. Then the general election and the electoral college. And then, finally, a new president will be sworn in next January. There are hundreds of steps in the process of electing the president, but do they really safeguard democracy and the power of the vote? When it comes to superdelegates, like the ones up for grabs at the Democratic National Convention, the answer is no.

Generally, primaries and caucuses work by proportionately awarding party delegates to candidates based on how votes are cast. In last Monday's Iowa caucus, Hillary Clinton received 49.9 percent of the votes, and therefore 23 of the 44 delegates for the state, while Bernie Sanders received 49.6 percent of the vote and got the remaining 21 delegates. If Sanders and Clinton split New Hampshire 66 percent to 33 percent, respectively, then Sanders will get 16 of the 24 delegates, while Clinton will get the other eight. Seems simple enough, right?

But that's where superdelegates come in. In the Democratic Party, superdelegates are current or former party leaders, including governors, senators, representatives, and former presidents and vice presidents. These superdelegates, 712 in all, aren't bound by primaries or caucus results to cast their votes — they can vote for whomever they want at the party convention in July.

Right now, this means that Clinton has a huge advantage. Sanders has never been a registered Democrat, whereas Clinton has been a part of the party machine since she was the first lady of Arkansas. Among the superdelegates, 359 have already publicly supported Clinton over Sanders. So despite his massive populist appeal, the Democratic elite might be unbeatable. Even if all 340 remaining uncommitted delegates join the 14 who have already pledged their support for Sanders, he's still entering the convention at a disadvantage.

Sure, 712 is less than one third of the 2,382 needed to win the nomination, but it's more about the principle of elitism than the numbers. The superdelegates have certainly earned the right to weigh in on the nomination, but that doesn't give them the right to support whichever candidate they choose. It's similar to the electoral college — if the popular vote doesn't really guarantee the victory of one candidate over another, like in the 2000 election between George W. Bush and Al Gore, then why does the popular vote exist at all? Do the American people really pick the presidential nominees, or do the party leaders actually do the deciding?

New Hampshirites are participating in the first primary on Tuesday, but even if all 24 state delegates go to Sanders, he's still fighting to catch up to Clinton's superdelegates. The democratic ideal behind the popular vote seems lost when taken in the context of this arrangement. Anyone considering the efficacy of their vote should be deeply troubled by the current system. When all the superdelegates cast their votes at the convention in Philadelphia this summer, the full scale of the misrepresentation may become apparent.