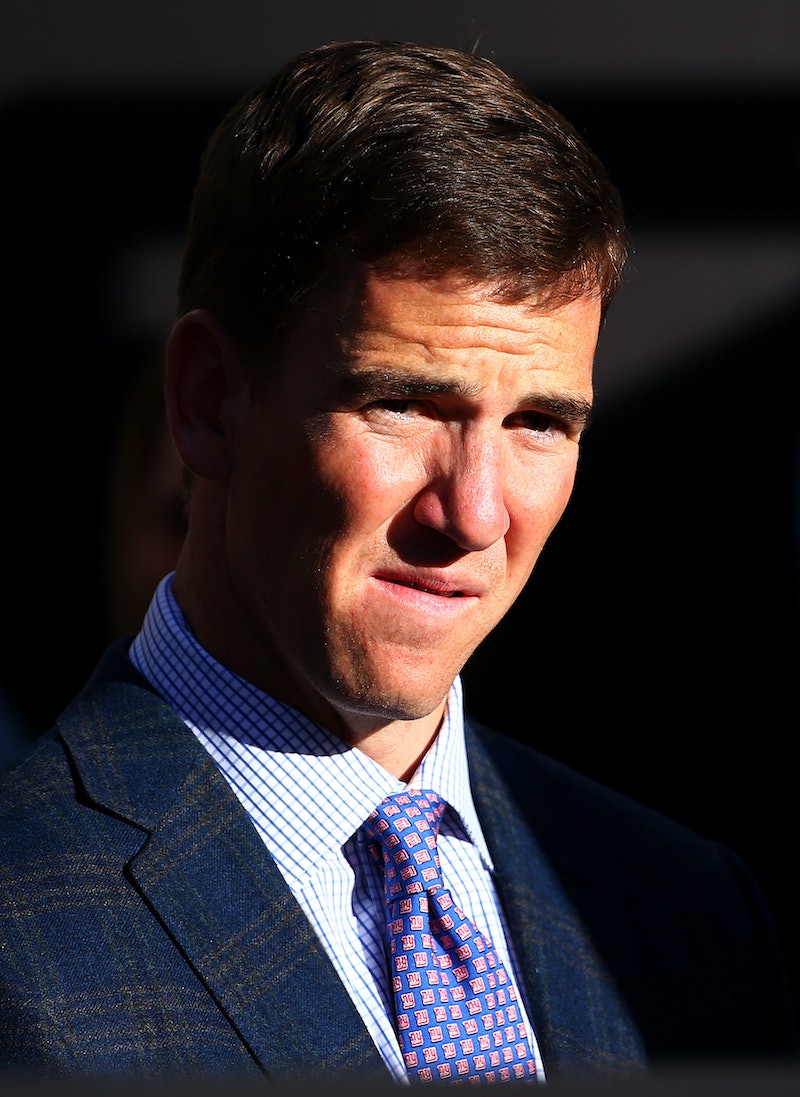 Last Sunday's Super Bowl spawned many a meme, from Beyonce's near fall during her halftime show performance to Denver Broncos cornerback Aqib Talib's actual fall right before his post-game interview. But perhaps the best meme, and maybe even the highlight of the entire night, was Eli Manning's super sad face right after his brother Peyton's team scored the touchdown that secured their victory at Super Bowl 50. The Disappointed Eli meme, which was already prolific from the New York Giants quarterback's years on the field, gained its crowning glory on Sunday with the spectacular shot of Eli's despondent expression just moments after the Bronco's final touchdown. But Manning wants the world to know that he really was happy for his brother, he just had to keep his head in the game.

"I was just focused on whether they would go for [the two point conversion] and knew the defense would have to step up and make some stops," Manning told TMZ during a brief interview before he departed Santa Clara Monday morning. As a football player himself, Eli knew what else he needed to watch out for, and knew that the play wasn't quite over yet. Hence, he apparently felt that it wasn't quite the right time to start celebrating. Eli even commented on the memes, which he found funny: "It's all good stuff." The Broncos did make that two point conversion, and Eli apparently started his celebration then.

However, as the memes correctly point out, Peyton now ties his brother in Super Bowl rings. The Manning brothers are two of the most successful players in NFL history, but Eli had the upper hand for a few years with his twin championships. Now that the score is settled, the bragging rights are once again up for grabs. If you've ever experienced sibling rivalry, you'll understand why Eli made the face — of course you're happy for your sibling when they accomplish something great, but that doesn't mean you can't be a little mad or disappointed that you're not better than them. Competition is natural and it's undoubtedly giving both the Manning brothers fuel for their fires throughout the years.

Peyton may have played his last game in the NFL, so Eli might have an unimpeded chance to reclaim his title as the Manning brother with the most championships. Either way, Eli went out of his way to rectify the situation and tell everyone he was happy with Peyton's victory. I'll give him the benefit of the doubt and believe that he really is happy about his big brother's big win.