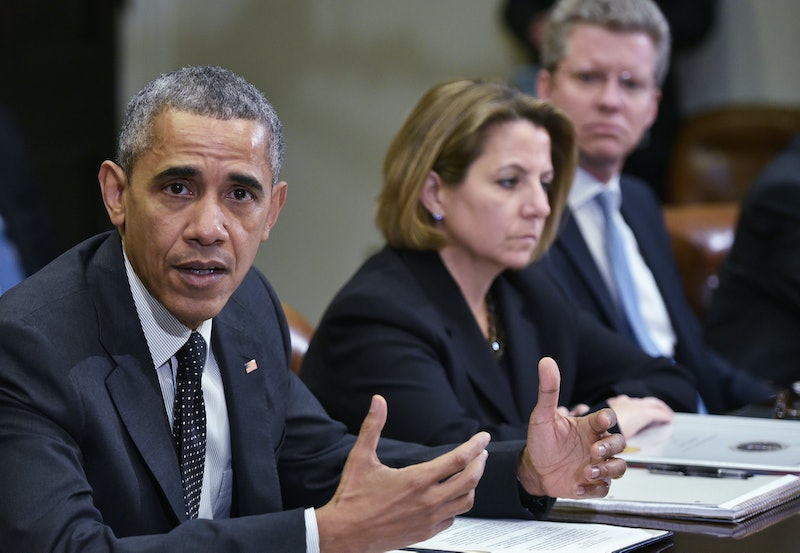 In a divided moment on Tuesday, the Supreme Court has agreed to halt enforcement of President Obama's Clean Power Plan, his overhaul policy to tackle climate change, until some legal matters are handled. This decision is a disappointment to the Obama administration, which has worked toward passing this plan for some months. However, a coalition of 27 states — mostly Republican-led — believe the plan is an overreach of the president's authority. The Supreme Court's halt indicates a durable argument from opponents of the regulations, even as a federal appeals court last month refused to suspend the plan.

Four of the nine Supreme Court justices stated that they would have denied the request. The states that oppose the plan do so under the belief that their states' economies are highly reliant on fossil fuels, such as coal, oil, and gas. These representatives argued that billions of dollars will wastefully go toward complying with a rule that may result in an overturn. The Obama administration and environmental organizations counter this argument with potential for clean energy job creation. Appellate arguments are scheduled to begin June 2.

The president's plan, which comes in the wake of his hopefully positive remarks at the COP21 climate change conference in Paris back in November, intends to preclude the worst predicted impacts of climate change through the reduction of carbon dioxide emissions. The aim is to reduce these emissions at existing power plants by about one-third by the year 2030. The compliance period would begin in 2022, though states would need to present their plans to the Environmental Protection Administration by September, unless they apply for an extension.

Unfortunately, this halt places the president in a tricky situation: in order to meet emissions-reduction targets in the global climate agreement he signed in Paris last month, the United States needs to implement his plan as soon as possible.

The goals, more specifically, for the Clean Power Plan, according to the White House, are to reduce carbon emissions by precisely 32 percent from their levels as of 2005 — including strengthening fuel economy standards, increasing clean energy, decreasing carbon output, and investing in renewable energy and efficiency targets — and to do this by the year 2030. This would hopefully help families by protecting Americans' health and saving them money, while in turn boosting the economy. Although opposition questions the plan's ability to create jobs and stimulate the economy, the president is certain that his plan will do just that. Fingers crossed that the president, Supreme Court, and opponents can reach an accord that will work toward a better — and healthier — America.