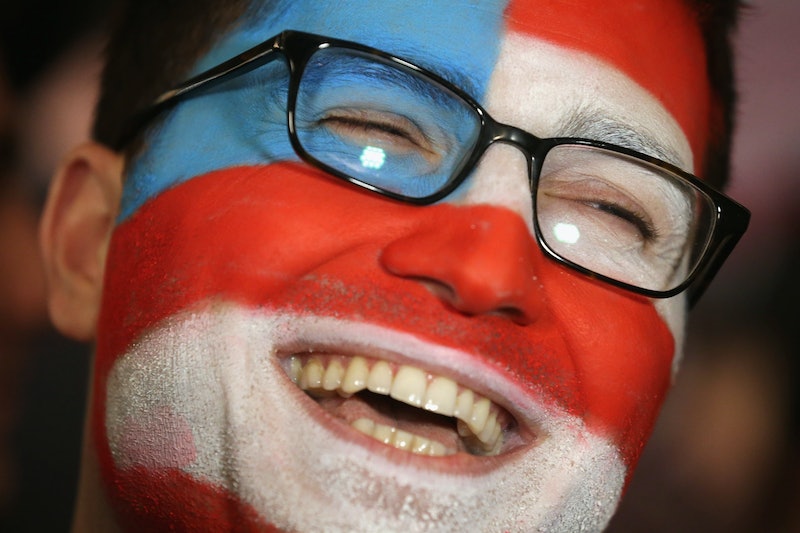 There isn't a whole lot that's terribly funny about a primary election in and of itself — there's getting to the polling place (in the case of today's New Hampshire primary, snow has made that more difficult), standing in lines with disgruntled voters, and waiting to cast a ballot. For those not voting, it usually contains a good deal of waiting around, listening to pundits bat around results so marginal that they won't truly mean anything substantial for hours. But this year, the results came fast, and the New Hampshire primary memes and jokes capitalized on that.

The primary in the Granite State, jokes aside, is definitely an important one — being the first in the country, it gives candidates their initial positioning for the remainder of the primaries. Momentum gained or lost in New Hampshire has a real stake in whether candidates continue with their campaign or remove themselves from the race altogether, as this initial snapshot gives donors and future voters a stronger impression of where candidates stand.

But where would the nation be if we couldn't also poke fun at our political process as well? Considering how long the election season seems to last, there might as well be some laughs along the way. And these memes and jokes hit just right:

So with the help of memes like the Bernie Sandwich, it becomes a lot easier to forget about all the more mundane aspects of the primary.