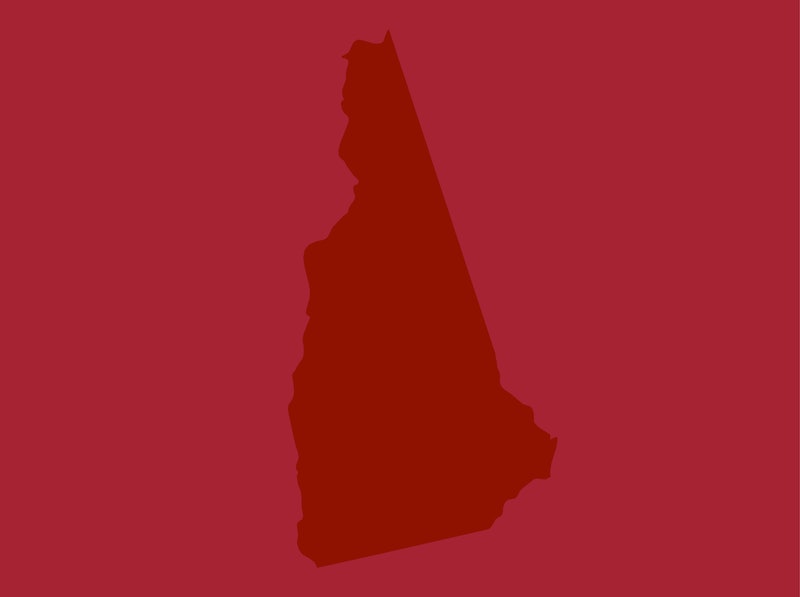 With the first primary of the 2016 presidential election cycle out of the way, Americans now have at least a couple more answers to the multi-layered and extremely complex question: Who will be the next president? On Tuesday, Donald Trump won the GOP New Hampshire primary, expectedly garnering ever-important delegates on the road to the GOP's nominating convention to be held this summer. Although the party's official nominee won't be declared until that event — the Republican National Convention — in Cleveland, Ohio, in July, Tuesday's results could play a big role in determining the outcome of the rest of the race.

When it comes to presidential elections, New Hampshire isn't the first state typically on people's minds. That's Iowa, where the nation's only caucus was held last week. After Iowa, though, the focus largely turns to the Granite State, where the nation's first primary election was held on Tuesday. Individually, the importance of Iowa and New Hampshire are somewhat debatable. After all, the last time a Republican won the Iowa caucus and went on to win the party's nomination was George W. Bush in 2004 (when he ran unopposed as an incumbent president). Say what you want about the two early-bird states separately, but together, there's no doubt that they're important. For one thing, no Republican candidate has won the presidential nomination without winning either Iowa or New Hampshire since the 1970s.

For Trump, the New Hampshire win likely validates the highly publicized and unconventional campaign that he has led so far. He didn't win the Iowa caucus, despite the perpetual leads in the polls that he boasted about in the weeks preceding the caucus. After losing to Texas Sen. Ted Cruz, Trump didn't exactly lose his lead in the New Hampshire polls, but his loss called into question whether or not his campaign tactics were really causing voters to turn out at the polls.

With New Hampshire on the books, Trump will probably now be focused on the next two primary states: South Carolina and Nevada. Trump appears to have a steady lead in both of those states, according to the most recent numbers available by Real Clear Politics. Still, a strong New Hampshire finish by Ohio Gov. John Kasich and a strong Iowa caucus finish by Florida Sen. Marco Rubio show that this is still anybody's race.