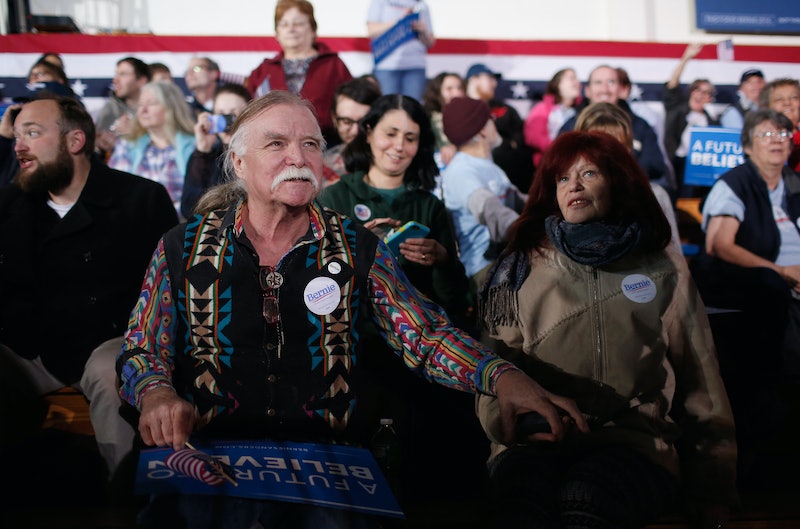 Here's the number one joke of the New Hampshire primary: Donald Trump won! Just kidding, unfortunately that's a very serious reality. But with the long lines and relatively unpredictable nature of the event, there are plenty of jokes and funny tweets from the New Hampshire primary. So though the primary itself might be serious, the Internet doesn't have to be. Hey, who said that politics can't be fun?

Politicians and American voters certainly felt the anticipation going into the primary. After a narrow win in Iowa, Hillary Clinton likely wanted to make a good showing against her opponent Vermont Sen. Bernie Sanders. In the GOP field, Trump didn't get the decisive Iowa caucus win he wanted, and not only did Texas Sen. Ted Cruz take the top spot then, but Florida Sen. Marco Rubio took much more of the vote than expected. So politicians on both sides of the aisle were feeling the pressure.

Luckily for you, you're not running for president! So the Internet rejoiced in the general schadenfreude of the 2016 political circus, weighing in on Donald Trump and Bernie Sanders' respective wins in the New Hampshire primary and the relative quickness of the whole affair. Of course, there was no shortage of "OMG THIS IS REALLY HAPPENING" in reference to Trump's decisive win, but we'll save those for the end.

A few people noted how quickly the primary was called. Or for the winners, at least.

And, of course, there were the potshots at the losers of the night (sorry, Hillary Clinton).

And a Super Bowl reference to boot.

Not to mention general shock and awe that Trump is still in the race. Guys, Trump just won a primary. Let that all sink in.

And we had to get one in for the Democratic winner, Vermont Sen. Bernie Sanders.

But, as perhaps we should all remember in the days after New Hampshire:

Seriously, y'all. Life goes on.