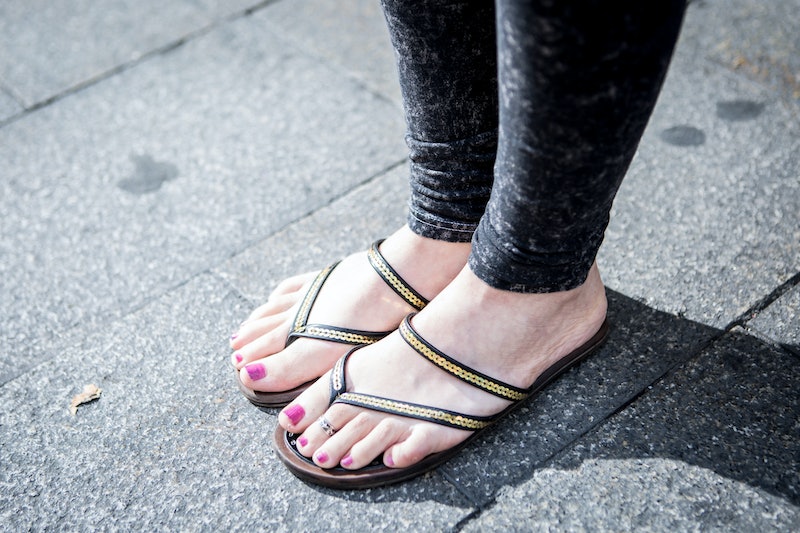 This far into the evening, Sanders sits at a comfortable 58 percent to opponent Hillary Clinton's 40 percent. Likewise, Trump garnered 33 percent of the tallied votes, cinching in over double the percentage of the second place finisher. While Sanders was the clear, predicted winner of his home state of Vermont's neighboring primary, Trump was seen as less likely to win New Hampshire, especially at such a high margin. The win, however, came at an important time for Trump (and scary time for the rest of sane America), who came in second place in the Iowa caucus under establishment-based Ted Cruz.

It may have been this surprising win that caused Kelly to accidentally call Sanders a sandal on live television:

Kelly wasn't the only one in broadcast media to get his name wrong, however. MSNBC host Chris Hayes made a similar gaffe when he called Bernie Sanders "Bernie Sandwich." (A little curious about what a Bernie Sandwich would taste like. Does democratic socialism have a flavor?) But unlike Kelly who said the new phrase may catch on, Hayes seemed ready to skim over it:

But whether he's confused for a sandal or sandwich, Sanders and his team are surely enjoying his victory nevertheless. Gaffes aside, tonight's New Hampshire primary is set to continue the momentum Sandals... er, Sanders gained from his remarkably close second finish in Iowa. Great job, Sandwich!