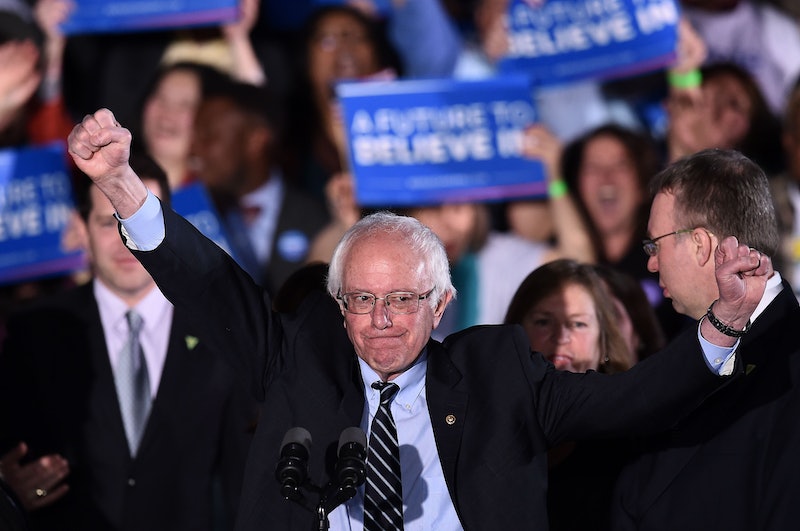 Tuesday night, New Hampshire voters were #feelingthebern. During the Granite State's primary election, Vermont Sen. Bernie Sanders beat out former New York Senator and Secretary of State Hillary Clinton by a 20-point margin. With a record-breaking voter turnout which saw some polling places extend their hours, Sanders snagged this much-needed victory over Clinton after a loss in Iowa. Yet, given that particular loss was only by a 0.2 percent margin, many saw the second place finish as a victory. So, building off of that momentum, Sanders went into New Hampshire and achieved his goal. These Bernie Sanders victory memes help to hilariously celebrate his win.

This was a necessary win for Sanders — though his supporters would most likely be with him through and through, he needed to show the rest of the country that he is a viable (if not a better) option to be the Democratic nominee. A near-tie in Iowa and first-place finish in New Hampshire places the senator in a solid position for the remainder of the primaries. He and his team will be able to capitalize on his victory to show that he could not only beat out Clinton, but also the eventual Republican nominee.

These memes from Tuesday's primary speak to that victory:

These jokes definitely show how the Internet is loving Sanders. But as opposed to just being the president of the Internet, his win Tuesday night in New Hampshire shows that this love is translating to real-world results, too.