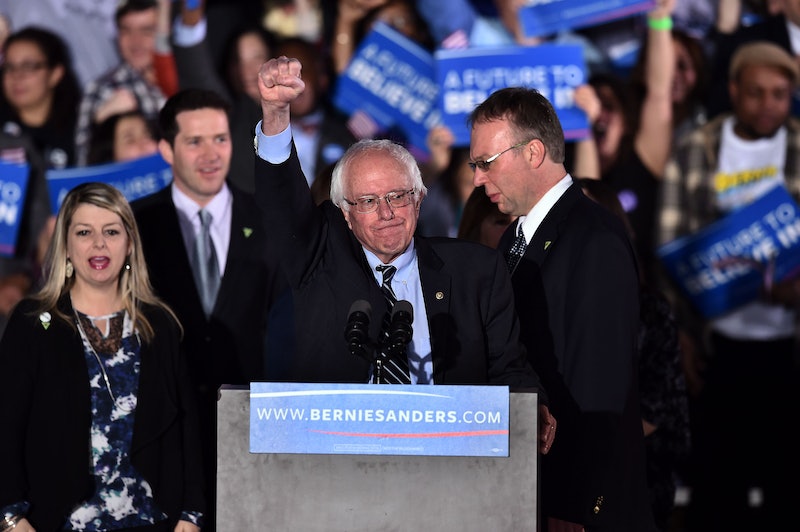 Levi's work centers around making sure that free noncriminal legal services are accessible to people living in poverty, and he's never called his dad "dad," because it's too authoritarian. If that doesn't sound like a Sanders, I don't know what does. Though Levi was much more involved in his father's 2006 reelection campaign for Vermont's State Senate, could his appearance at tonight's primaries — his first public appearance with Bernie since October — signal potential future involvement in the Sanders campaign? His work in advocacy both professionally and in his personal time could play a key role moving forward, considering that both Sanders share a vision for the future that is inclusive and social-justice-oriented.

Here's Levi (left of Bernie) at Tuesday's rally, supporting his father's "radical idea" of an economy that works for all people, and not just the one percent: