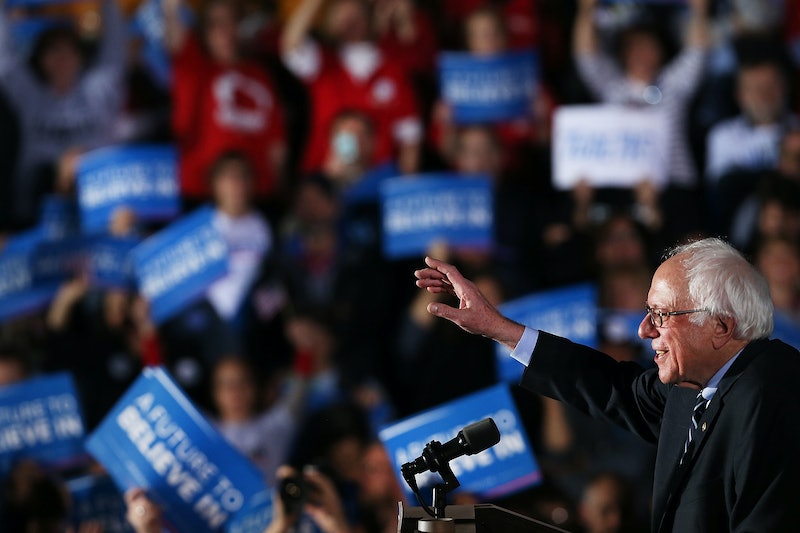 You've heard a lot about Democratic presidential candidate Hillary Clinton's mom in this year's election. The former secretary of state has used her mother's tales of hardship growing up as an abandoned child in everything from her campaign kickoff speech in June to a $1 million advertisement in Iowa and New Hampshire. But after a big win Tuesday night in the New Hampshire primary, aren't you wondering who Bernie Sanders mother is?

Sanders has largely kept quiet about his mother, Dorothy Sanders, who grew up in New York City and graduated with a high school degree. She and her husband Eli, a Jewish Polish immigrant, raised their two sons in Brooklyn in a lower-middle-class household, where she was a stay-at-home mom and her husband was a paint salesman. It was a humble lifestyle. Dorothy dreamed of "a private home" while living in a rent-controlled three-and-a-half-bedroom apartment.

The budding politician's mother ultimately fell ill at a young age, and she died of 46 from a failed second heart surgery after having rheumatic fever as child. After her death, Bernie left his hometown for the first time and enrolled at the University of Chicago. But it sounds like the future senator from Vermont never forgot his roots and the influence of his mother. “The lack of money caused stress in my family and fights between my mother and father," he said in a Time interview. "That is a reality I have never forgotten: today, there are many millions of families who are living under the circumstances that we lived under.”

Although Sanders has a rich history, his campaign team doesn't plan on playing up the narrative any time soon. “The mainframe is going to be Bernie’s message as he delivers it and that he’s prepared to fight on behalf of ordinary people," Tad Devine, an adviser to Sanders, told the Observer. So though the Sanders camp prefers to keep the campaign focused on ideas rather than on the man himself, it's clear that just like in Clinton's case, his mother fundamentally shaped the way he hopes to bring change to the nation.